My first post was an op amp radio. It used a LM741 which is a 1Mhz amp. I built it with a NE5532 which is rated at 5Mhz. It was designed to drive a small speaker and it will. I'm using it with an earbud  and have to be careful to keep the volume down. The NE5532 is a dual amp chip so why not add a RF amp? The only circuit modification for the NE5532 was the pin out. Here is the modified circuit.

The original to compare. 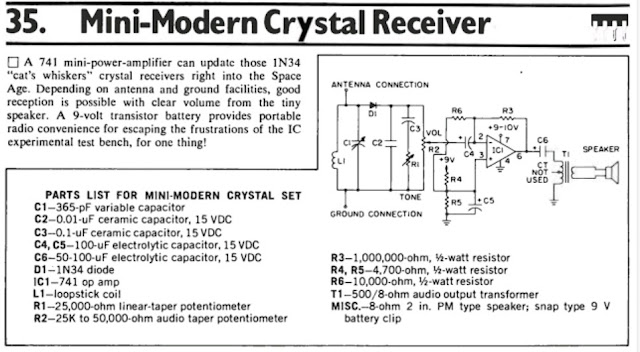