The school teacher says build the DC circuit first. Once the bias is good add the AC components. So this is the goal. 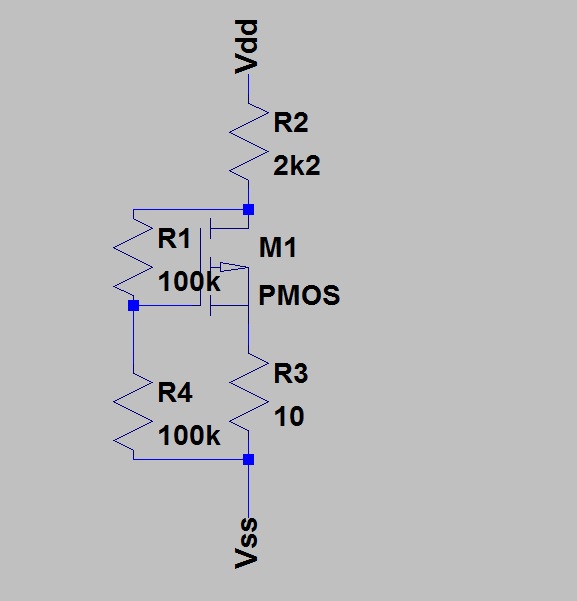 I will be using some three terminal strips to make four assemblies.

The center terminal is grounded so I connected the 10 ohm resistor to it. When I mount the strip my ground will be established. 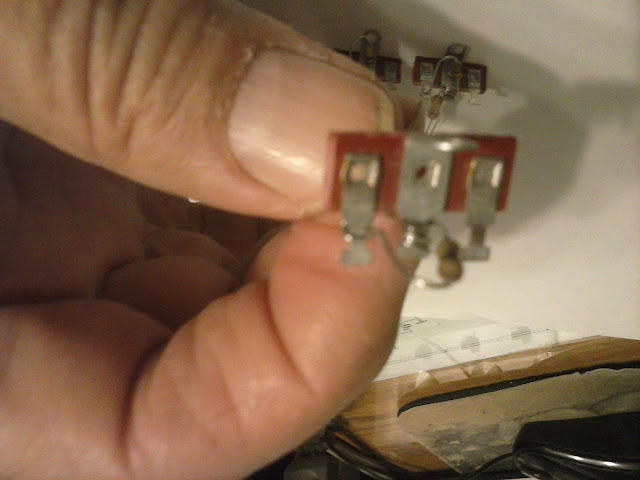 The gate will be on the left so I connect a 100k resistor from it to ground and the gate resistor is installed. 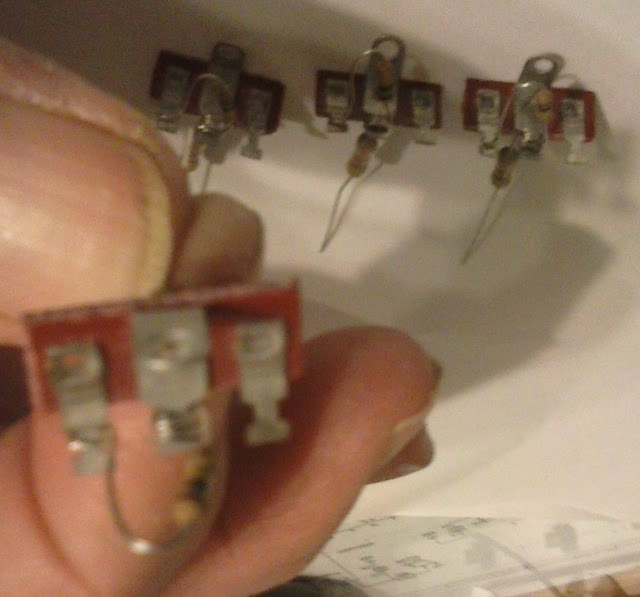 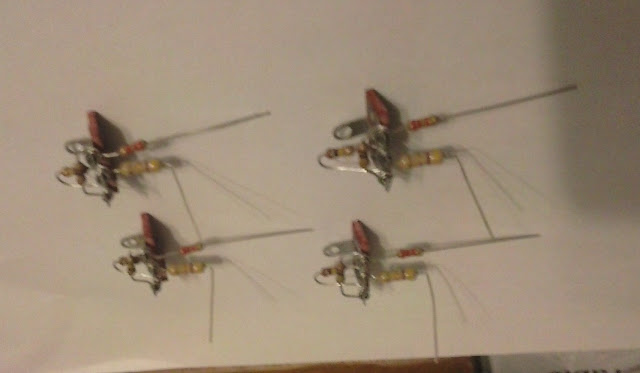 I connect a 100k resistor across the two outside terminals. This and the drain resistor form the self bias network. Now connect one end of the 2k2 resistor to the drain. 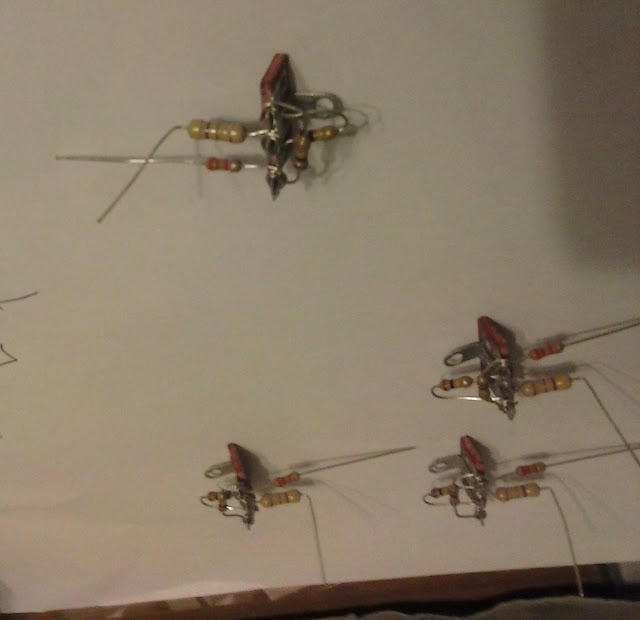 With the four resistors in place I solder them in place. I solder them before adding the transistor to prevent overheating it. The transistor installation is fairly simple. The source is the center terminal and it is to be tied to the 10 ohm resistor on the center lug. All I need to be concerned with is getting the drain on the lug with the 2K2 resistor.

The basic circuit is complete. I will need to at the AC coupling components to finish my amp. I will do a test of the amp first. 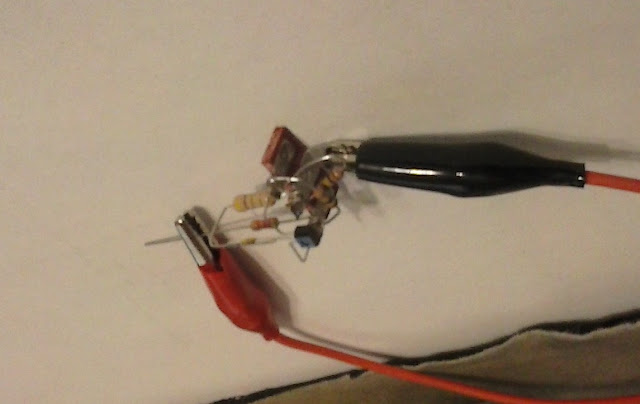 As i said the 2K2 resistor is the drain load so I connect the positive lead to it and the negative to the center terminal. All that's left is to put a signal on it. 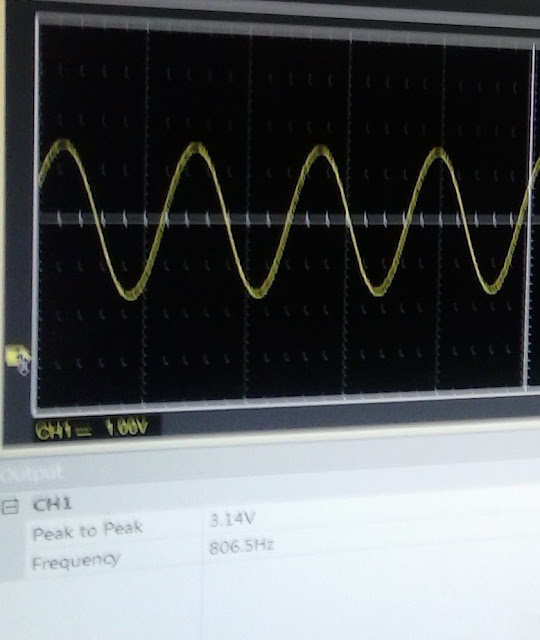 I set the power supply to 9 volts and applied a signal to the gate through a capacitor. I have a good strong signal but at what input? 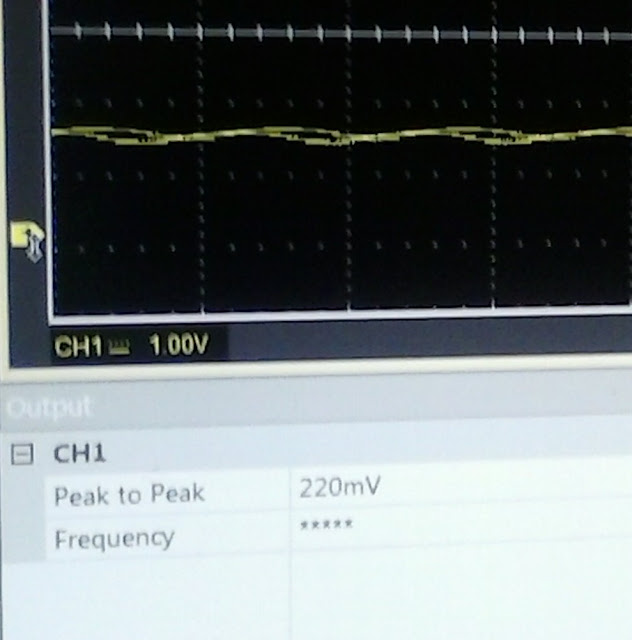 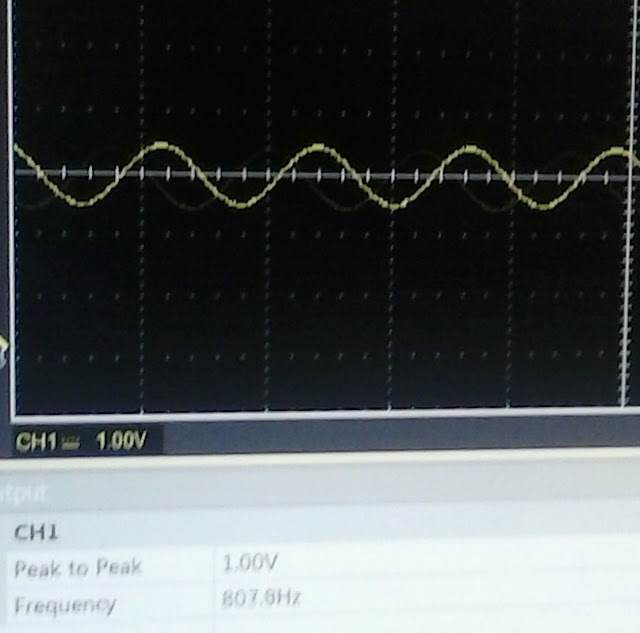 I moved the lead back to the output and adjusted it for 1 volt. Now to see the input. 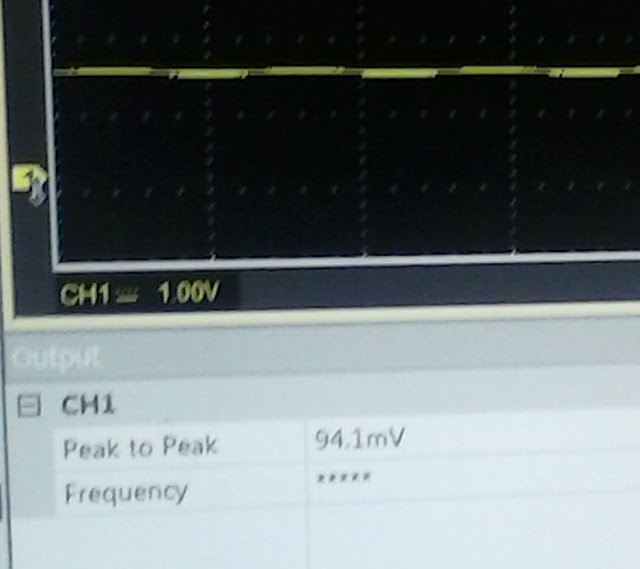 Back on the input and I see it is 94 mv. So 94 mv in produces 1000 mv out for a voltage gain of over 10.
Is it enough? Well 1 stage = X10. 2 stages = X100. 3 stages = X1000. 4 stages = X10000. How much gain should you need in an amp?
I made this circuit with 3 stages and put an AF transformer on the output. When I shunted the input with a diode and attached an antenna I could hear my local radio station. It was actually to load and will need a volume control. So again this circuit repeated three or four times and find an AF source to attach.

Add a capacitor to feed the Gate and one to couple the next stage or load and have fun.

Oh if you don't have any terminal strips just drive three pins in a board and hook it up.