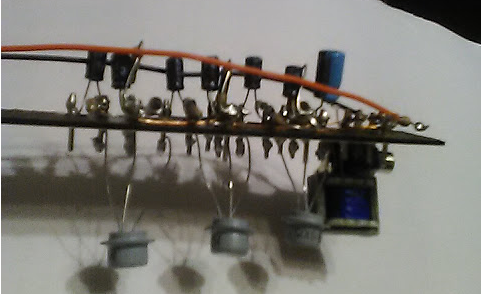 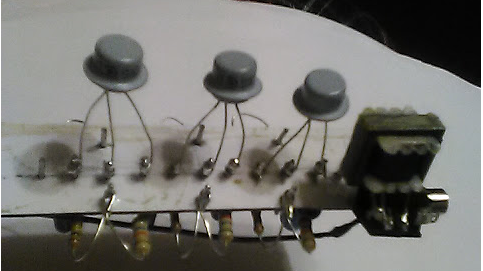 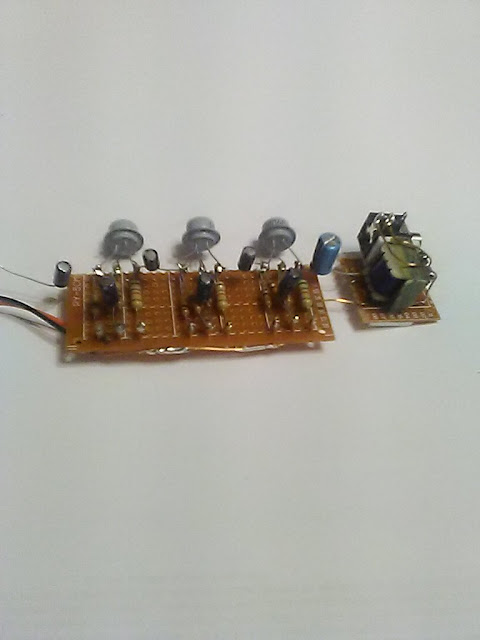 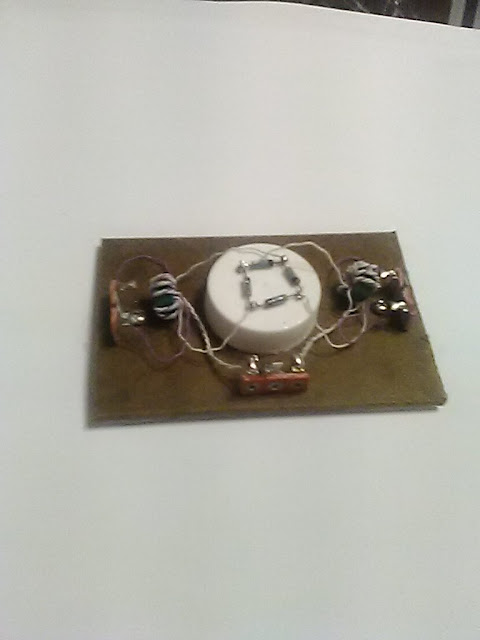 The little amp works nicely with a DBM.
I wound 9 turns of 3 strand wire. One coil is the primary. The other 2 form a tapped secondary. The taps are the AF output. RF and LO feed the primaries.
The platform is a pill bottle cap. The base is a piece of press board. I used turret pins to mount the diodes. I had the terminal strips on hand so I used them for the I/O connections. Turret pins would work just as well for the I/O.
This setup received a station in Texas and one in Tenn.
The 80 meter ham band was active.
WWV on 5Mhz.
Several shortwave stations around 6Mhz.
This was using my bench signal generator as the LO. Next step would be to build a generator.
Posted by Reset at 6:00 PM