How can you couple you stages? 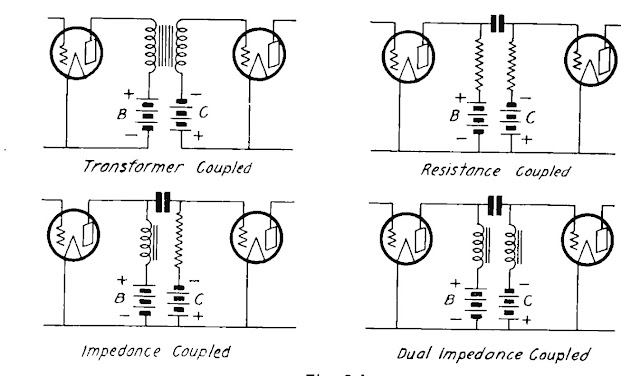 If you look at the old radio books from the 20's and 30's it appears that transformer coupling was used almost exclusively.  Transformer were expensive but so were tubes. Later as tube prices can down they sought ways to reduce the cost furthur by replacing the transformer with other methods. Transformer coupling was fairly straight forward. Match the tube plate load with the primary and use 3 to 5 times as many turns on the secondary. (yes the transformer was step up and provided some of the system gain.) The second method, RC coupling, is cheaper but causes losses. At the time the tubes were as expensive as the transformer the gain provided by the transformer was actually a cost saving. Another attempt to cut corners was impedance coupling. This would give a better gain than RC coupling but the chock was expensive.  You will find impedance coupling more in RF circuit than audio.  RF chokes are smaller and less expensive.  You will also see RF chokes AND audio chokes OR transformers in the plate circuit of detector stages. They are using the RF choke to keep the RF from being coupled to the output while the AF choke or transformer is passing it on to the next stage.
How to avoid an audio output transformer. 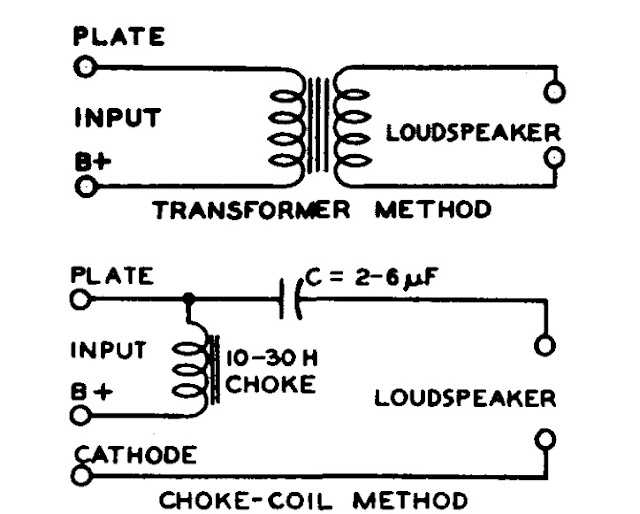 If you have a LCR meter try checking a relay coil or wall wart transformer inductance. You just might have a choke in you hand.