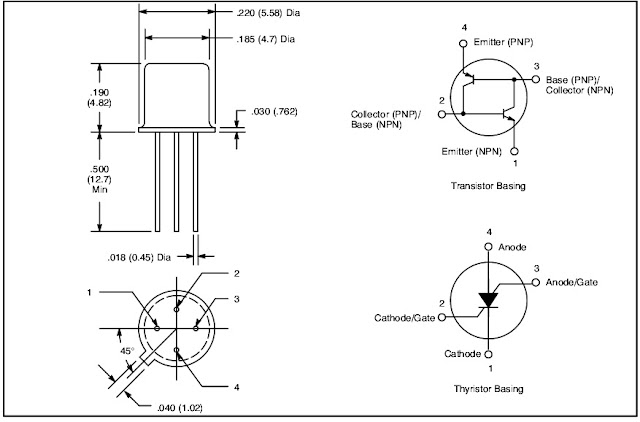 I was thinking I could use an audio oscillator and found some 3N58 SCS's in the bin. Relaxation oscillator are the simplest to build and can be interesting. These 3N58 or 3N83 SCS circuits may be worth a little time to study. as the diagram shows they consist of two transistor in one case with all their elements available at the pins. These were the start to a new line of components which are used every day around the world. As you can see from the schematic they have a cathode/gate and an anode/gate. This one device is actually three in one. It can be used as a PUT or SCR. first the SCR.

While the SCS has four leads the SCR has only three. The NPN transistor collector and PNP base junction is not available at the pinout. now a look at the PUT.

With the PUT the NPN transistor base and the PNP collector junction are not avalable at the pins.
Now let's look at some oscillator circuits using these devices. 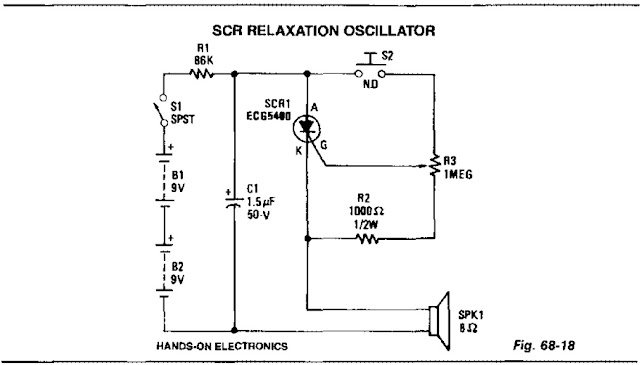 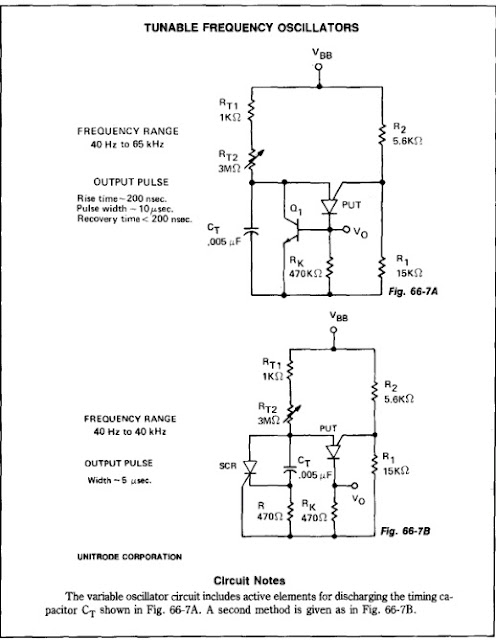 All these are fairly simple and straight forward but they need a SCS, SCR or PUT. what can we do without these special purpose devices? How about a lamda diode?

Probable the simplest Lamda diode is this one. Still we need a P-ch and N-ch JFET. You can build this with junction transistors but that requires biasing. While that's an interseting study it isn't going to produce the simplest circuit. Back in the day you would just put a neon lamp across a capacitor and charge the circuit with a big enough resistor that once the neon flashed and discharged the capacitor it would limit current below what the lamp needed to stay lit. This brings us to the negistor. Actually the circuit below is not the simplest but a tone control and switch are good things. 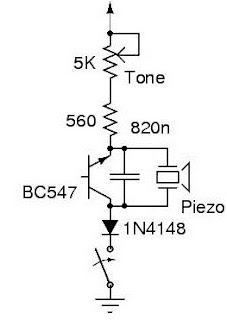 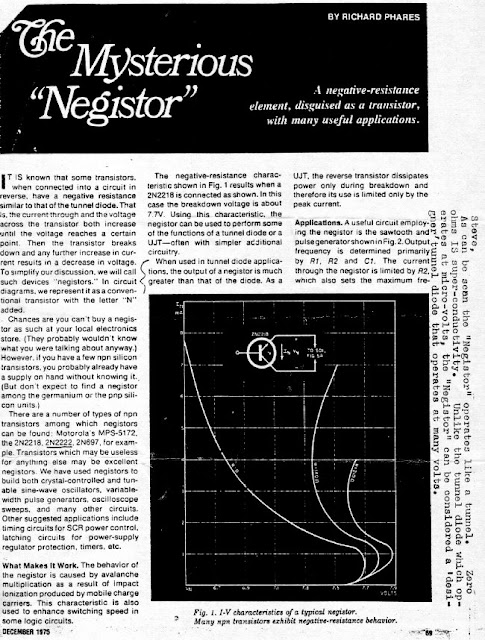 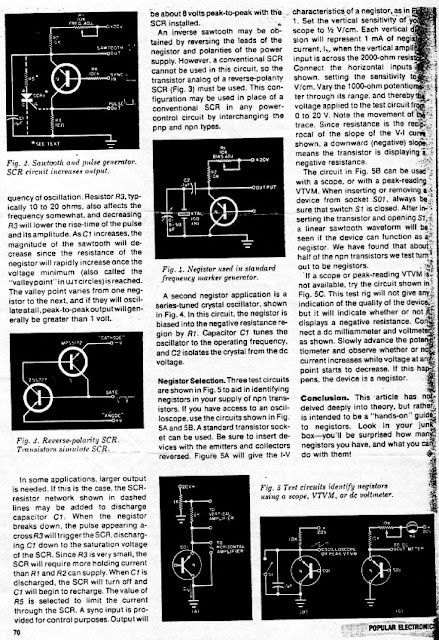 Another interesting device which will have to be left for later is the zinc oxide negative resistance diode. It's a quick google search to find one but be warned it can pull down the dark hole of experimenting!
I guess the simplest oscillator is the negistor oscillator. One last thing. Yes the negistor can be crystal controlled.