Exploring the mystery of threshold. I know an old guy who will spit hit teeth out and go into a rage if you say a diode or transistor has a threshold. When I told him it was a generally accepted thing being taught in every school of electronics in the world. He said the schools were all wrong. So I begin the journey to unravel his adamant position. First "knee" is a term in common use in mathematics. 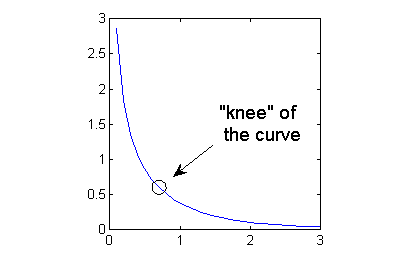 The knee of a curve is the point where its tangent has a slope of 1.  His answer is to use log graph and the knee goes away. Well! Yea this is why we us log paper to graph curves which follow a log function. 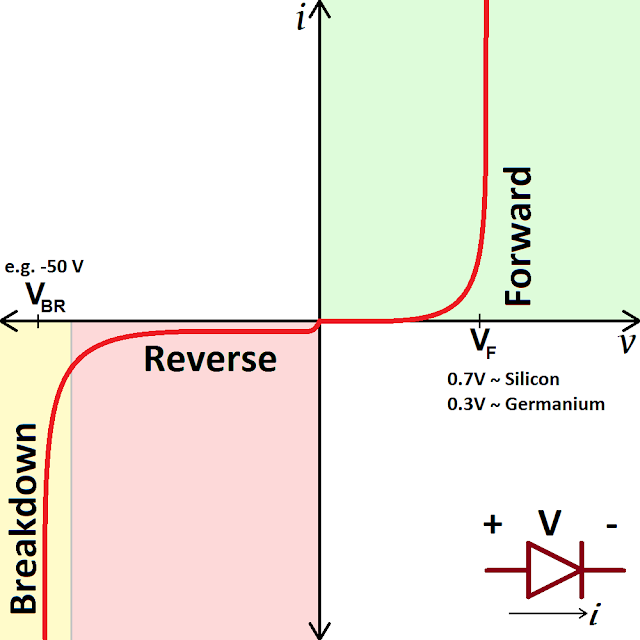 But what we were talking about was more like this. Forward bias for Germanium is 0.3V and for Silicon is 0.7V. Again he blows a gasket and says "NO,NO,NO there is no forward bias point. It is conducting below that point.". 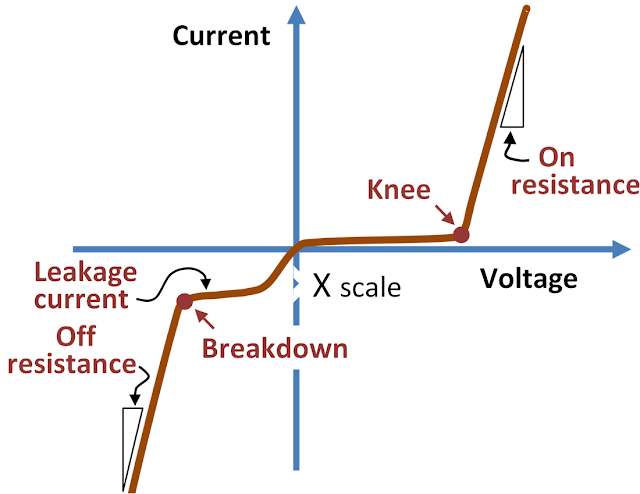 Then he says it a piece wise function? No explanation of what that means to him. Because the curve is nonlinear it was difficult to build a model for it. The piece wise modeling scheme helps answer this problem. We still see a "Knee". In this case it is where the curves transitions between the linear and square law function.

Someone posted a bit of a Ben Tongue paper and I finally see the issue. You can go to bentongue.com and find a treasure trove of info on crystal set design. Mr Tongue says the threshold has no meaning in crystal set design. If you read his paper it may sound like having a small signal is a benefit. In detector design we have small signal and large signal detectors. I will post a couple of graphs showing their responses. 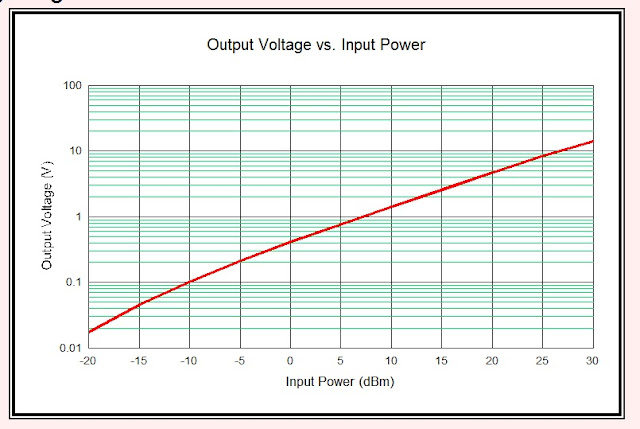 This is a large signal response. If the voltage is above threshold it is large and linear. In other words a large input produces a large output. 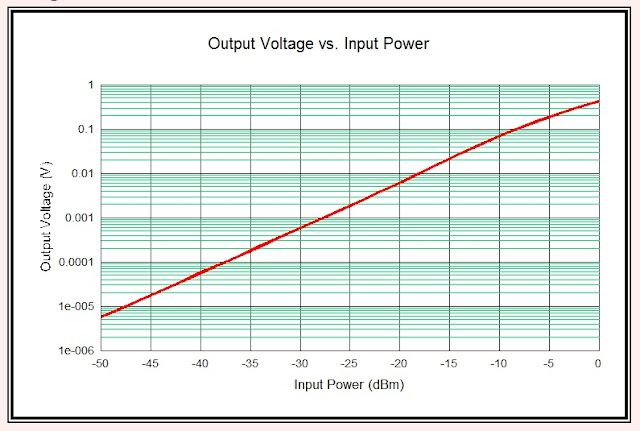 This is a small signal detector curve. At first glance they may appear the same. Look at the scale. The small signal is below threshold and so is the output. Note the log graph is "distorting" our view. Let's try another graph. 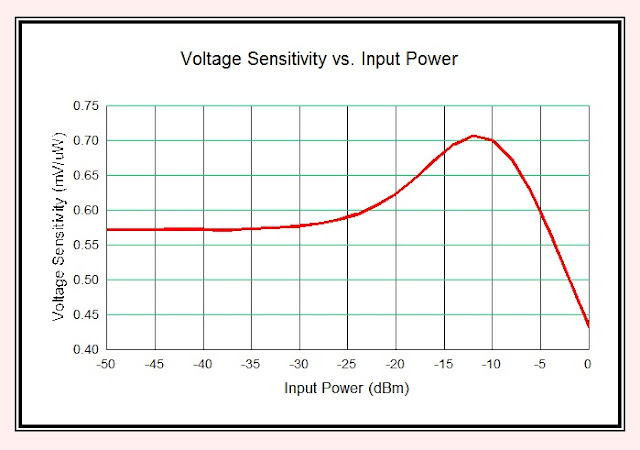 This graph being linear you can see the effect of the square law detector. So the analysis of a crystal set will show we see a gain in the detector circuit. Mr Tongue explains this and give some analysis of the impedance matching effects. Here is where the problem comes to light. The crystal set functions without any amplification other than what the circuit can provide. A high Q tank can boost the signal and the square law detector can boost the signal. If we had a signal strong enough to operate in the linear region it would be a good thing I don't think we would want to attenuate the signal to force square law detection. How can this be? When teaching introductory level classes we use something like this:

Using an ideal diode this is true and with large signal detection it is still close enough. But with small signal detection we are operating below the threshold and the detector is not switching it is acting as a non linear device. In other words rather than clip the negative half cycle it reduces its amplitude. The effect is rather than passing half the signal amplitude it is passing half plus a suppressed negative half cycle. So the filter capacitor charges to a voltage above half the input and the DC bias it produces is what the output rides on.
Take another look at the center signal and add negative pulses a quarter the amplitude of the positive pulses and shift the zero reference down.
If the input peaks at 8mv and we chop it to get 4mv with the ideal diode then add back 1mv because the diodes doesn't switch cleanly we get a 25% boost in signal.