Capacitor are made by placing an insulator between two conductive plates. The area of the plates, distance they are apart and the dielectric constant of the insulator determine the capacitance. The unit of measure is the farad. A capacitor that has a one volt potential between the plates with one coulomb of electrons charge is one farad. A farad is a very large unit we will usually see micro (10^-6), nano (10^-9) or pico (10^-12) farad components.

When capacitors are placed in parallel the plate area is combined and the capacitance is added. 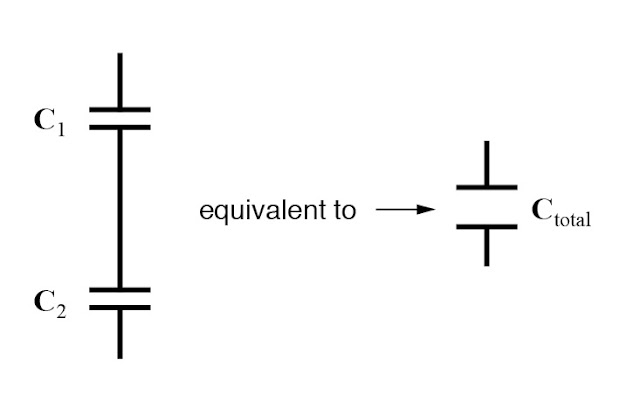 When two capacitors are placed in series the charge is limited by the smaller plate area and the outside plates are farther apart than either of the originals so the total capacitance will always be LESS than the small. 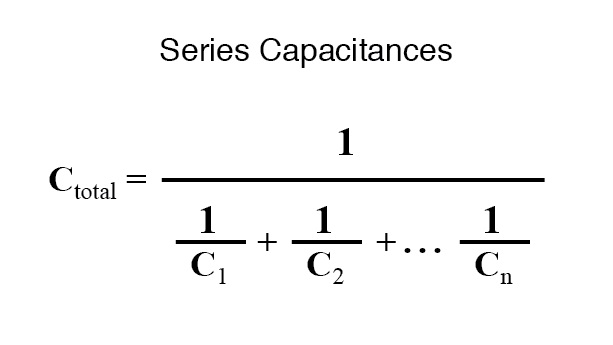