Some food for thought with the different types of transistors. This book gives a test to ID transistors on pages 14 -15. The test was developed to determine between Point Contact Transistors (PCT) or Alloy Transistors (AT).
Gernsback Transistors
The PCT being a 3 junction device with a PN hook in its collector  It will have a negative resistance when the collector is "reversed biased".  Actually the collector PN hook is being forwarded biased. Look at the structure. 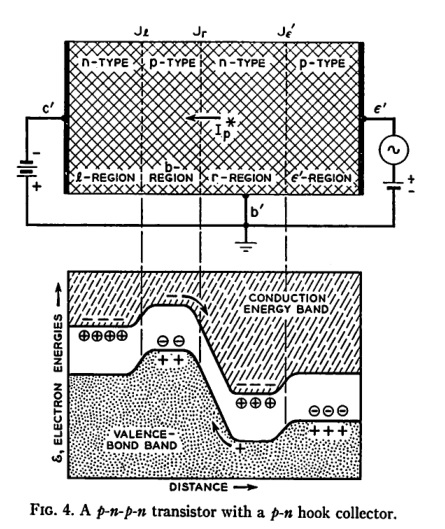 As you can see the emitter and collector are both forward biased BUT there is an element 'floating' in the middle of the structure. This is the same as a SCR. 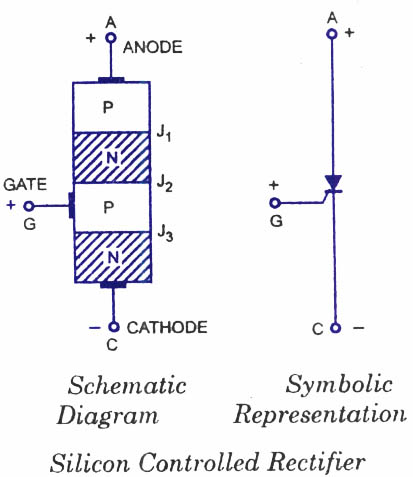 Can you see the structure as the same? If not look closer. 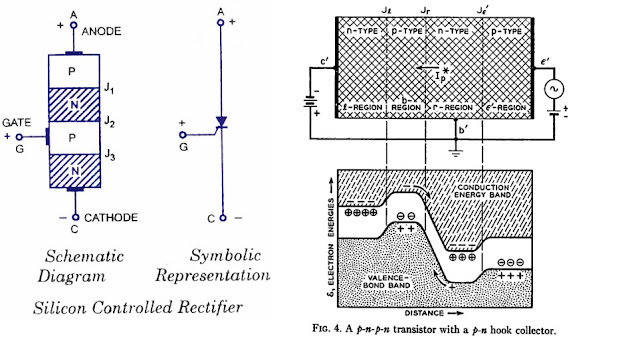 Well They are not exactly like each other. The PCT is p-n-p-n with a p-n hook. The SCR is n-p-n-p with a n-p hook. Ge made a device called a SCS which actually had 4 leads and you could make the same connection. Anyhoo, The SCR can be used as an amp. 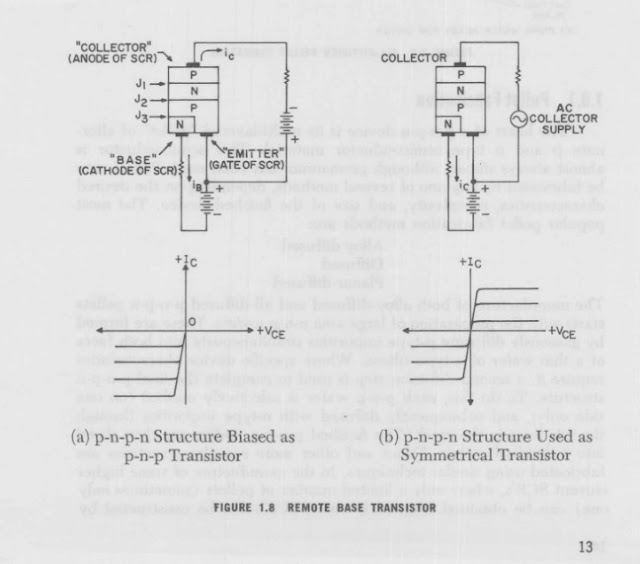 In this case it is a remote base transistor. Using the SCR cathode as the base allows the SCR to be an amp. When you run Gernbeck's test you see the junction breakdown as negative resistance. 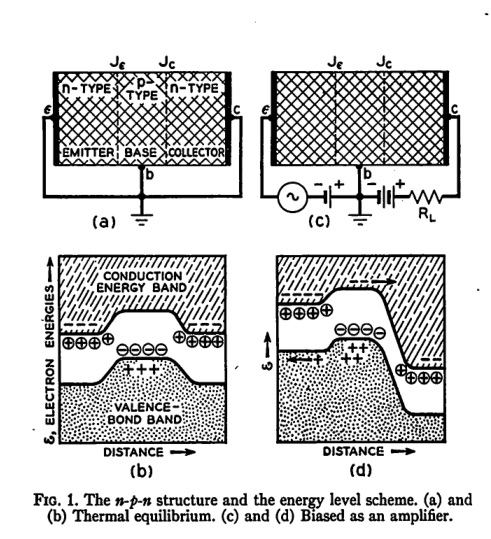 In a junction transistor the base collector barrier will break threw but will not avalanche. Running Gernsbacks test on it will produce a reading of about 1/2 the reading before biasing the collector. 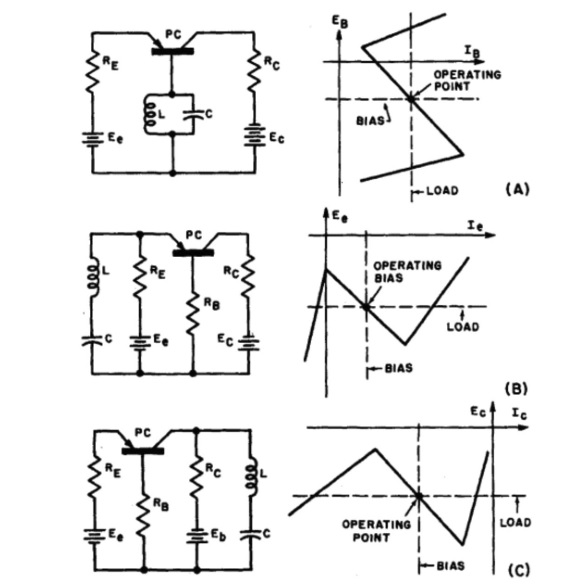 Here we have some PCT circuits. They depend on the p-n hook and the negative resistance to operate.
Dr Early defined the 'early effect' which is the base for the negistor operation. Let's take a look at that. 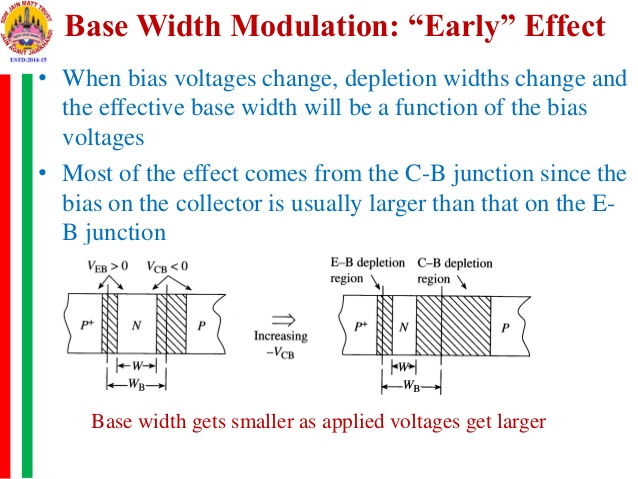 Roger on TRB nailed the description of the PCT operation and then built the circuit being discussed to test his theory. The oscillator sang! Some one blindsided him with the question, "did you try a regular transistor?". He tried a negistor and the circuit sang! Sadly it did not disprove his explanation but was perceived as doing so.
Some times we need to not compare apples and oranges but fail to see that is what we are doing. One of the TRB members has declared a PCT circuit will work without forward bias. Mr Gernsback says while this is true adding a little forward bias will improve the circuit operation. My test circuit worked without bias. When I added a little bias the output picked up and the test was discarded the same as Rogers.