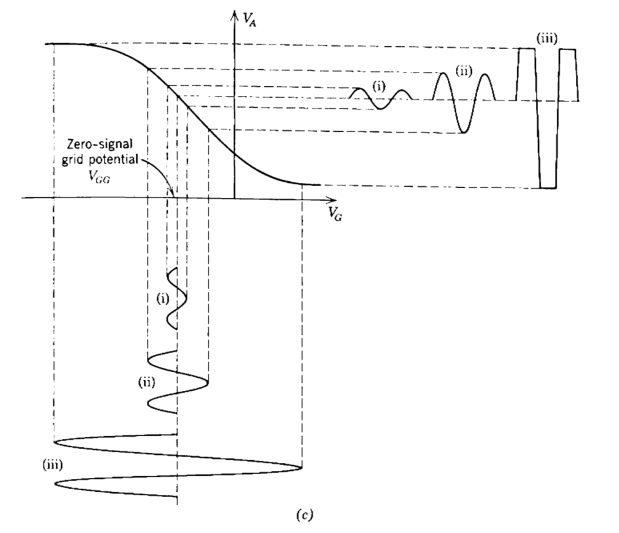 An over driven class A amp will clip and distort the signal as shown. The bias point needs to be centered or one peak may distort even at low signal levels. The
curve is not linear so some distortion is to be expected. In the case of the previous circuit it was distortion free at low signal levels and began distorting at high levels. Since the signal is AM the low percentage modulation is at the peaks and are the first thing lost. If the clipping removed 5% of the signal a 1% modulated signal would be lost.
An attenuator on the input might be a good idea. It could be adjusted for best operation. I borrowed this one from David White's beginner's radio. 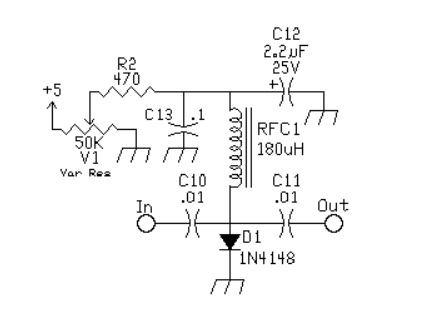 It's a fairly simple circuit. You bias the diode on and it shunts the signal to ground. Some might say the diode resistance changes with current flow.