A little mind experiment with the detector circuit

If I say a detector function differently above and below the knee some old guys will spit their teeth out with all the yammering so I will not say that. I did a series of screen shots of the circuit with different signal levels and component layout. Examine and see if you can unravel the mystery. 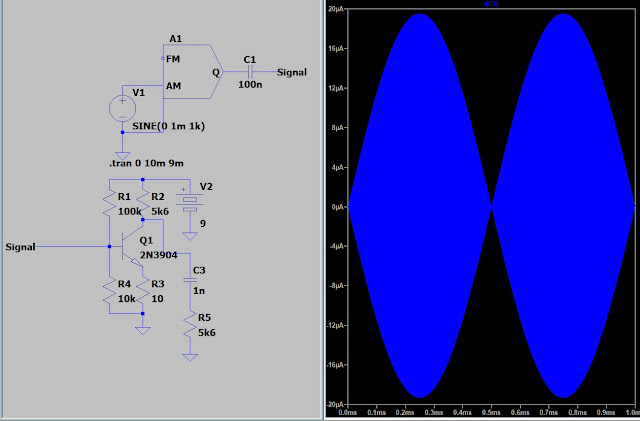 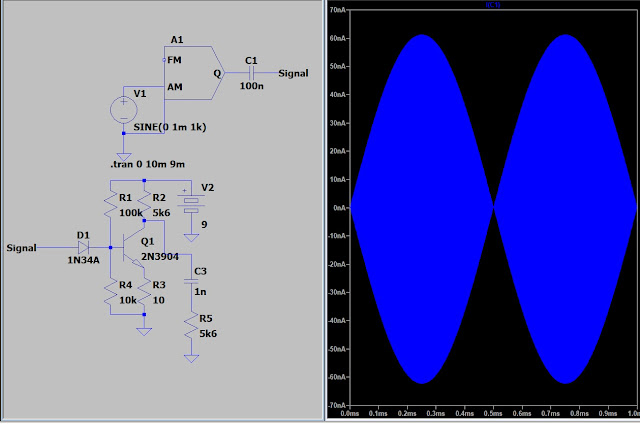 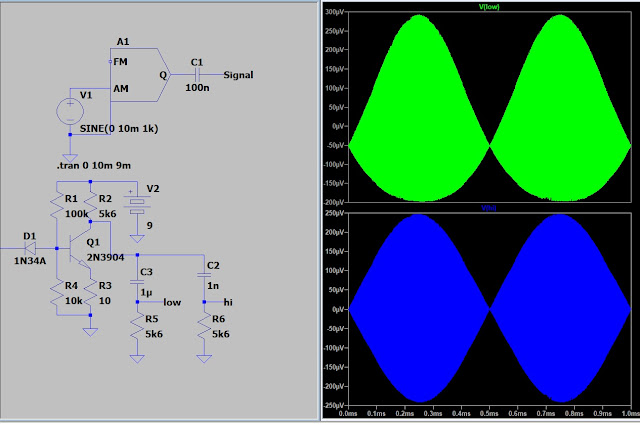 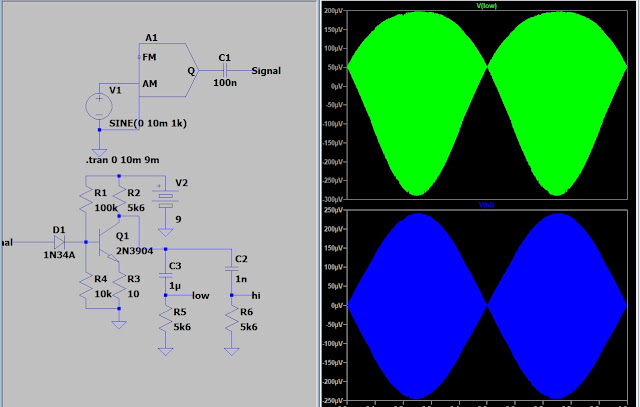 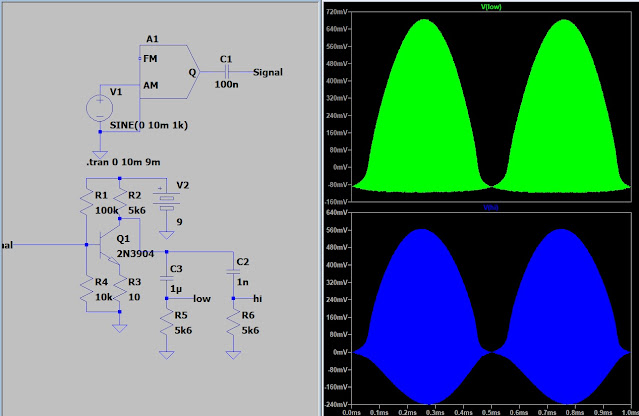 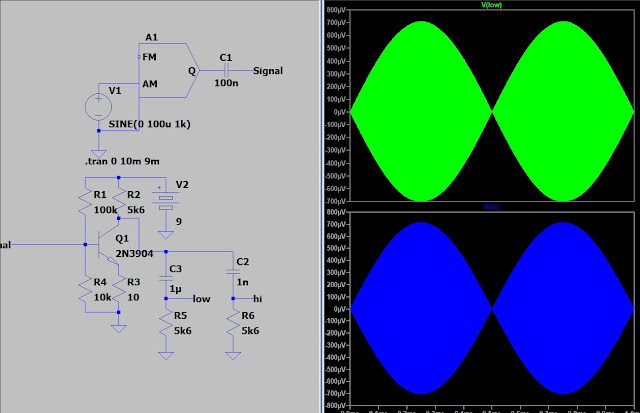 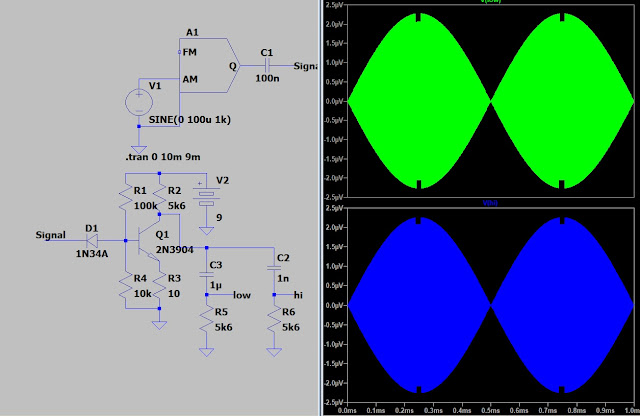 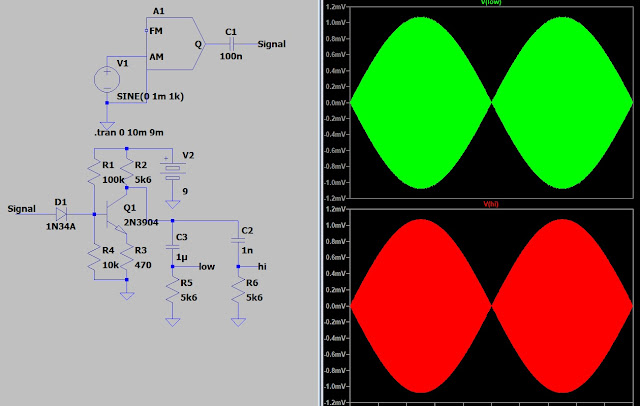 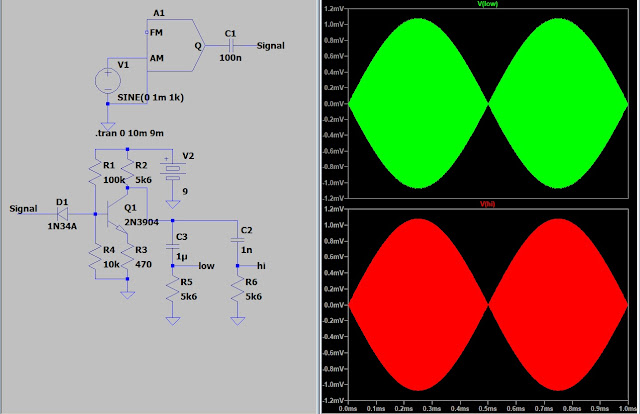 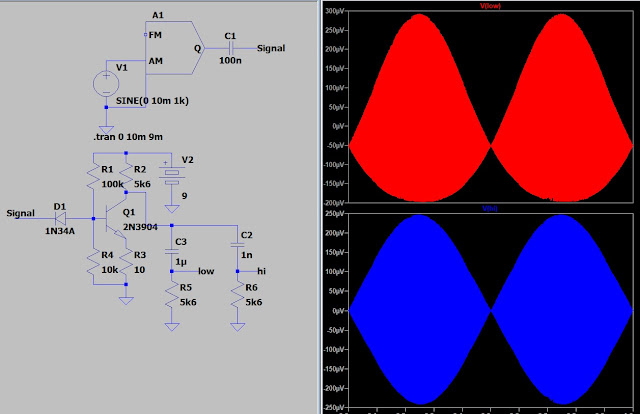 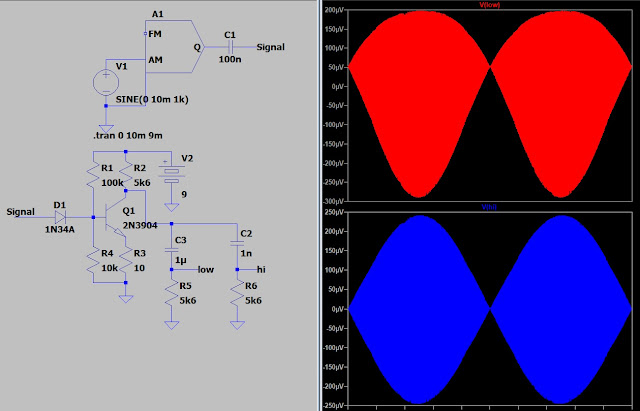 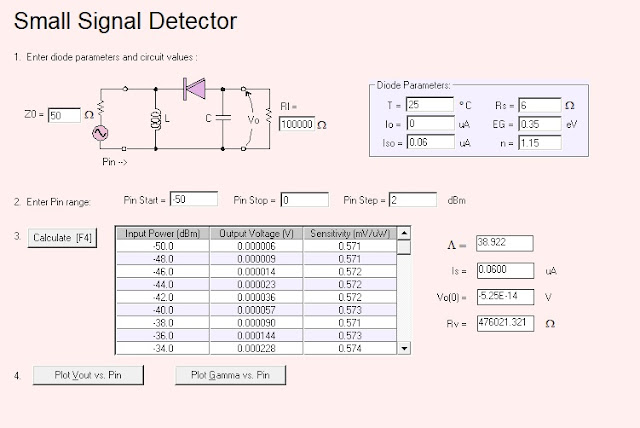 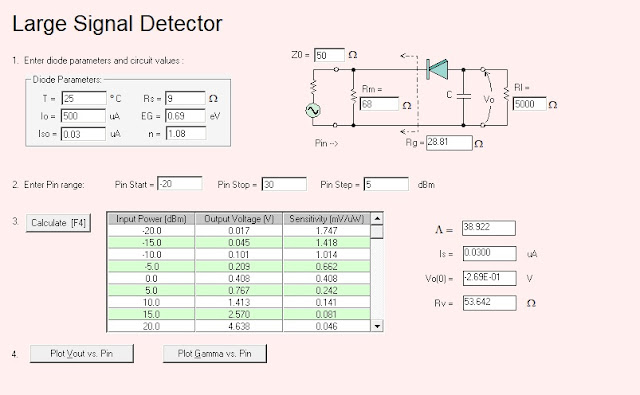 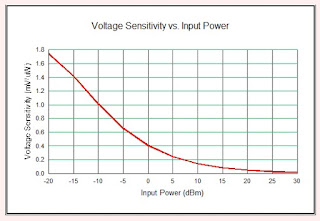 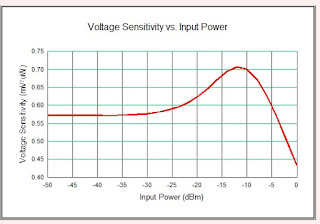 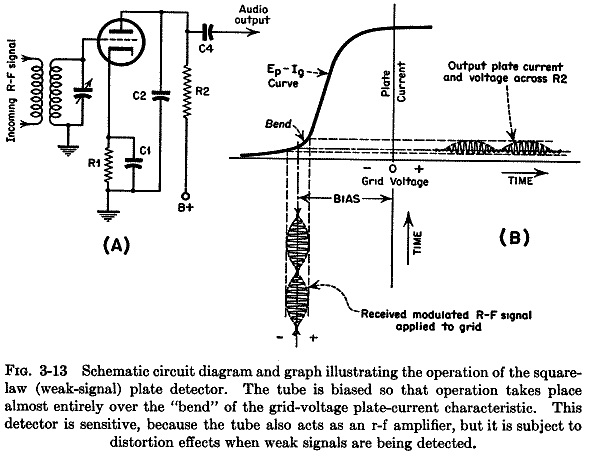 In math the knee is the point that has a slope of 45 degrees. In some old books they say "the bend". Basically the curve has a linear section above and below the knee. The section between these linear section is the bend.

So call it the bend or the knee or whatever term you care to invent the non linear section is our target when dealing with a detector at low signal levels.

In the world of electronics we often deal with "duals". We have modulators and de-modulators, mixers and detectors. A modulator will process 2 signals to produce a sum and difference. A de-modulator will extract the original signals from a modulated signal. A mixer will process two signals and produce the sum and difference. A detector will extract the originals signals from the mixed signals.

So the question is "what do they all have in common?".

We can impress two signals across a resistor and just have one riding the other. Placing the same two signal across a diode or tube as above will produce the sum and difference. What is the difference between the resistor and the diode? A resistor has a constant resistance . A diode has a resistance that varies with the current flow through it. (same with a tube.)

So the main requirement for a mixer or modulator detector or de-modulator is a non linear device.

Another good subject for a mind experiment could be:

"So I send the signals through a diode and get a series of pulses out how does the output combine or separate?".