The question was asked why does the op amp use two batteries? I will attempt to answer this question and show the work around to use a single battery. First a quick look at classes of operation for amplifiers. A class B amp conducts 50% of the time as shown here. 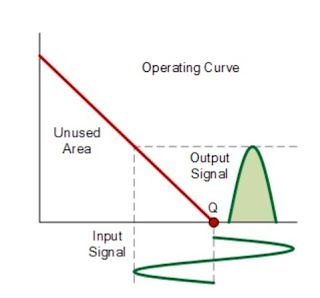 The Class A amp conducts 100% of the time as shown here. 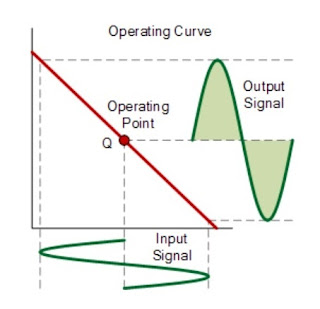 The Quescient or operating point determines how the signal will be processed. As can be seen if Q is at one extreme of the load line it will clip the signal in order to get a faithful reproduction we must set Q in the center of the load line. Now let's look at a circuit using a single battery and an op amp. 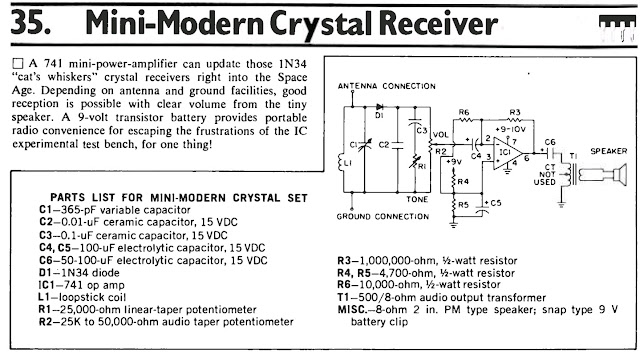 This modern circuit from a 1975 magazine shows the single battery circuit. Remember the Q point on the load line sets the amount of swing we can achieve in either direction. R4 and R5 establish the Q point for the opamp at 50% of supply. Let's see the 741 circuit. 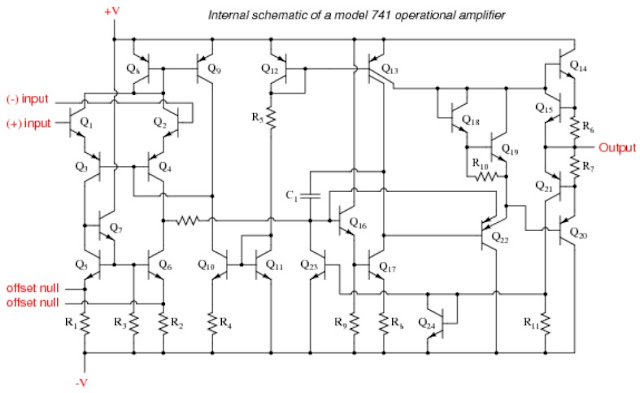 As you can see the circuit is a kind of balanced bridge arrangement. Input + and input - are equal at the Q point to establish the zero output point. As I said R4 and R5 establish the Q point for input +. Note R6 is placing that same bias on input - and causes the output to null at zero (one half of supply). A signal on input - causes the system to go out of balance and produce output to the speaker. For this circuit we don't have a large signal driving the opamp and we don't get a large output swing so one battery is sufficient.

As a side note the ratio of R3 and R6 establish the gain of the amp.  Varying R3 would vary the gain.

NOTE: I did a later version of this set using an opamp that did not need a dual power supply.
Posted by Reset at 11:55 AM