Coil design and construction for the hobbiest.

First I would strongly recommend this book. It doesn't go into a lot of high math just tables and charts and a few places where you multiply or divide to find your value. You find a value on a chart and then use ratios to obtain your coil of choice.It's less than 100 pages but tells you all you need to know to make your inductors.


There is a lot of discussion about impedance matching and trying to determine whether a certain transformer will work or not. I'm just going to throw out two or three things to consider and the recommend the book for more detail. First a simple example to demonstrate one of the problems encountered in transformer selection.

In the case of a plate load transformer the tubes ability to supply power to the primary will determine the ability of the transformer to supply the load. Here is the thing about the plate load in a nut shell. The primary needs a voltage dropped across it in order to produce a voltage on the secondary. You can put any transformer you have in the plate circuit and get something on the secondary. What you get will be determined by the primary Z and the turns ratio. In the case of an inter stage transformer we want a high inductance in order to develop the voltage and we would like a step up transformer for GAIN.  If you look at the magazines from the early years you will see transformer coupling was almost universal. In those day the tubes were very expensive an transformers gave a cost saving. Yes without the transformer the amp would need a third stage.

Notice the higher secondary turns ratio allows the primary to be lower. Remember the light bulb? The higher Z  load on the secondary produced more output voltage with less load on the primary. This transformer is feeding the grid of the next stage which could be a megohm. 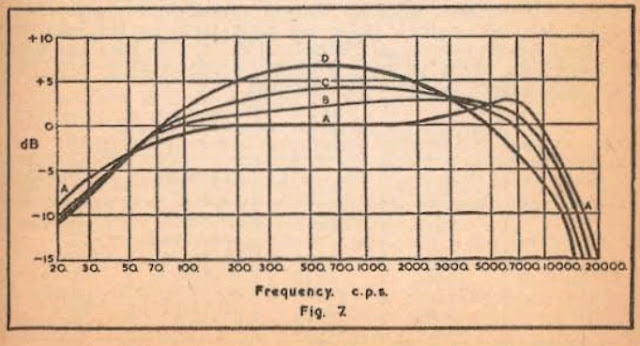 The charts show the effect of the different turns ratios. Is it what you would expect? 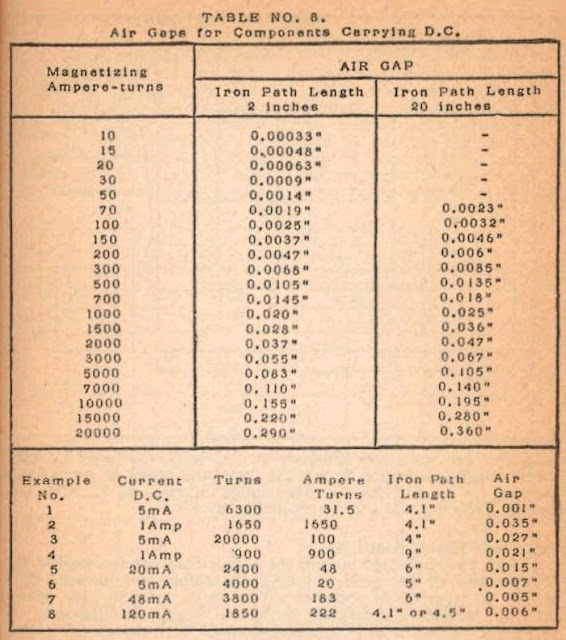 If the inductor is placed in the plate circuit it will carry DC and that will magnetize the core which will lower the inductance. This will require a lossy core to prevent saturation, Thus the air gap. Amp turns is exactly what it says the number of turns times the amperage. Example #1 5 MA times 6300 turns gives 31.5 amp turns. look at the chart and see this will require .001" gap. As the core is assembled a piece of fish paper or wax paper or tape or some non magnetic material would be placed between the E and I laminates to allow for the DC.

If this doesn't answer the question. Read the book.