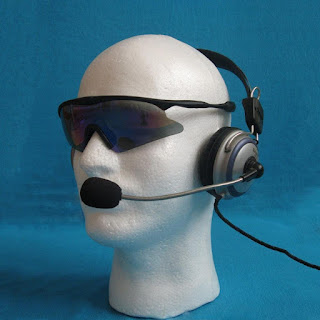 I tried to get 'Joe Cool' alias Boris to come by the shop and do a couple of phone test but he was busy doing a gig at the local high school. So I called on his cousin 'block head'. 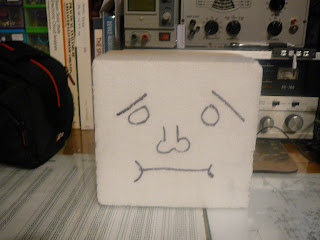 Block head is not as cool looking as his cousin Boris but he hears about the same. 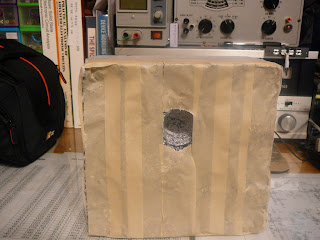 He has a big hole in his head that my sound meter fits nicely. 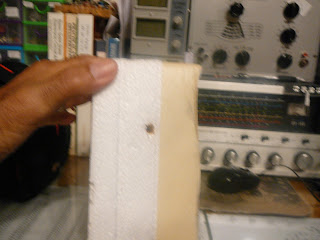 A long hole from 'ear to ear' so when fitted with a headphone the sound passes through to the sound meter. 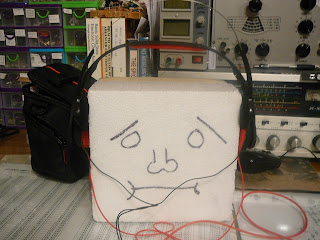 The black phone is a Dollar store special rated 90dbm and the red one is a much more expensive one rated 102dbm. I don't intend to do a lot of precision testing I just want to determine if the low Z headphone might be use able in radio work. I can hear a 30 - 40 db sound quite well but for the test I will reference 60 db. 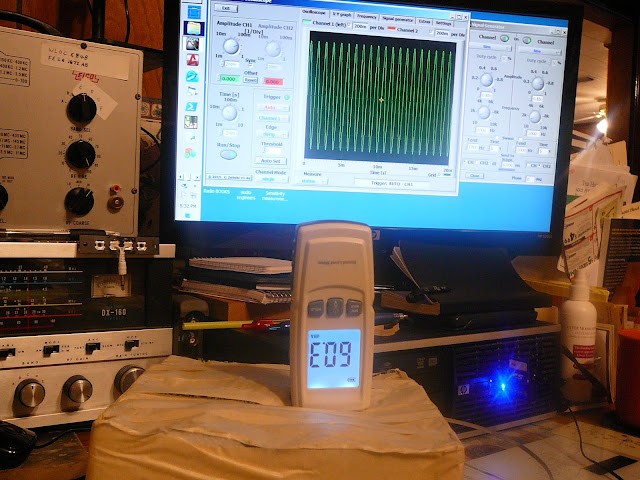 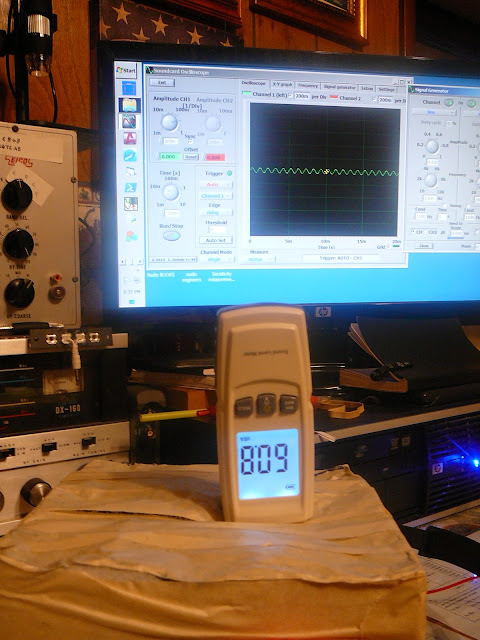 So I can gather my phones and earbuds and do some data logging. The hard part will be converting to power. At what voltage would a 16Ohm load and a 2kOhm load receive 1mw power?