Make you own transistor (from a diode) part 1

I have tried some different mounting methods. Each has it advantage and disadvantage. 3 of the 4 transistors show transistor action. I think I shot myself in the foot with the one. I tried putting a drop of Gallium on the wafer and soldering to it. The resulting junction did function as a diode but it looked like a tunnel diode. 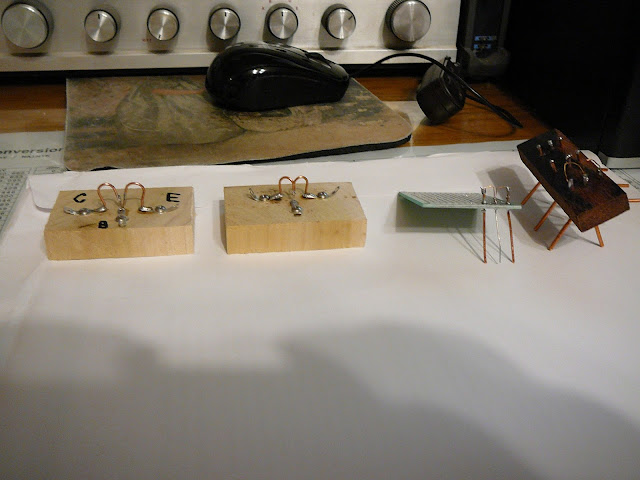 I think the one to the left was my best effort. I used some bronze shim stock for the point and it was much stiffer that the wire. 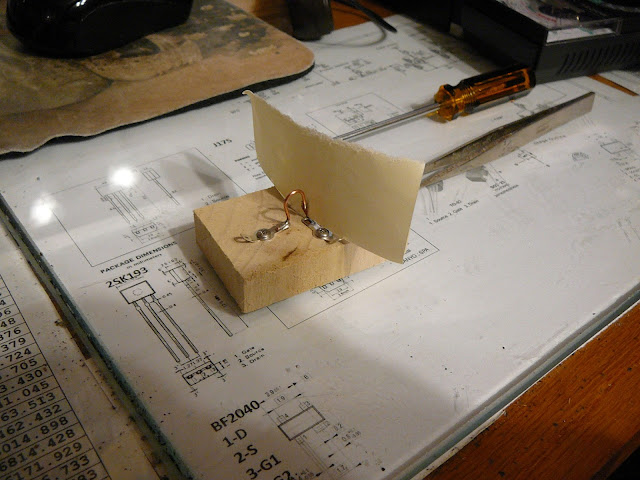 I put the contacts against each other and used a piece of paper as a separator. It worked but I might find a thinner shim? 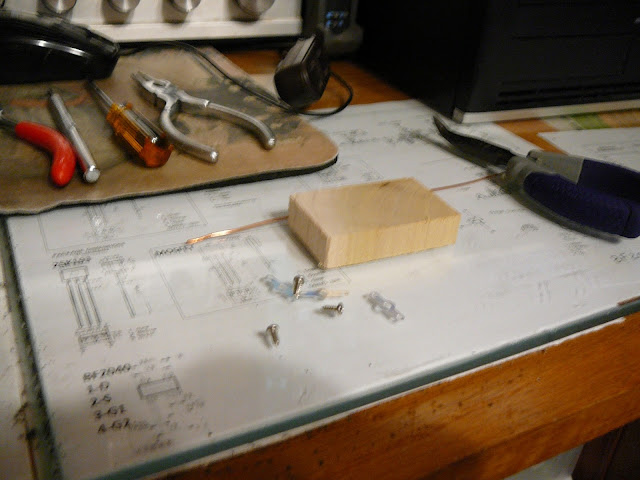 I used dual lugs. Mounted with screws so i can rotate them. 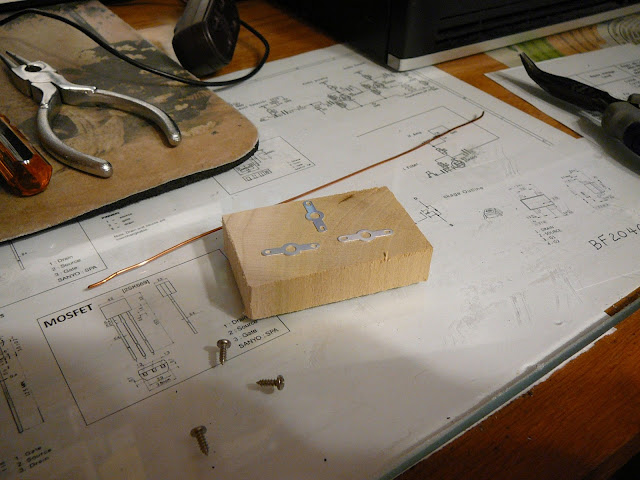 The first step is deciding how to lay them out so the points don't bump when brought into the wafer. 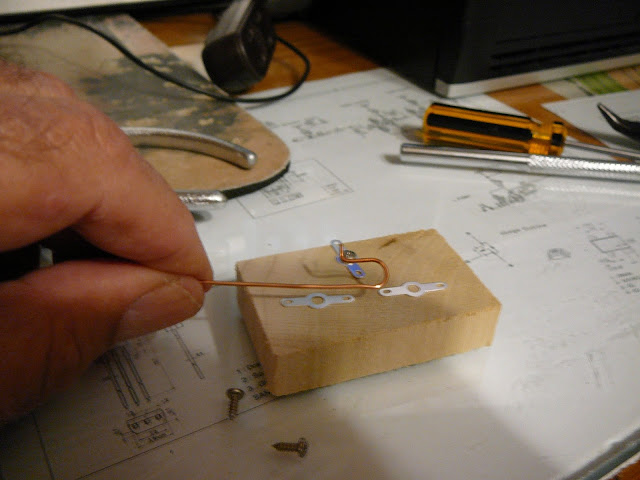 Bend a 90 degree stub to make a solder pad and then a hook. Trim the hook shorter so the point will be below it without hitting the mounting block. 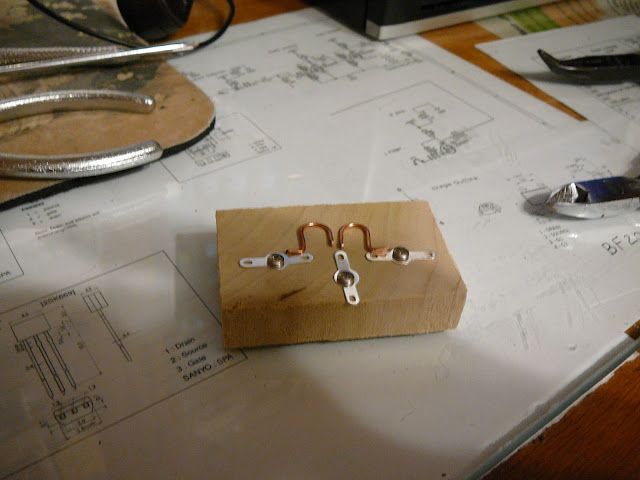 So the rough layout. The three lugs in line and the distance set so the points will land on the wafer when rotated in place. The assembled unit is the left one on the first picture above. A closer look in the second picture above. This did give transistor action. I will have to locate the pictures of the assemble and post it tomorrow.