DIT does another radio and it is amazing.

In her own words:

As a project to use for assessment for entrance to a day release college course from school I was asked to design a kit radio, the kit is to be used to introduce electronic construction to pupils in an extracurricular course.

The design was based on a reflex transistor detector circuit that has its origins in the late nineteen fifties, and was made popular in the Sinclair Micromatic miniature personal transistor radios during the following decade. In my set the detector is feeding its AF output to a jellybean design three transistor PP amplifier.

My brief was to design a loudspeaker radio with all components mounted on a PCB. It was done in a bit of a rush but it did work, the hand drawn artwork for the PCB, (the first I'd ever done!), was converted to Gerber files by my physics teacher. PCB's were made and the kits were collated, alpha testing was done  and the project pronounced successful.

That left me with the prototype board, (that was made to just mount the small components on), no provision was made to house the volume control or the tuning components.

I was given the idea to build a radio using the prototype PCB, but as far as possible using reclaimed, scrap, and scrounged junk.

A lot of the electronic components were stripped out of a pair of old broken TV's and an induction hob found dumped in a farm gateway, the paxolin used for the chassis was some offcuts skip dived for by my late dad, the battery holder was cut out of the case of an old office telephone. The back lighting for the tuning scale were some LEDs from a broken par 38 style lamp. And so on....

Even the cellulose paint was scrounged, and was left over from a spray job at the local garage, the tin having been on a shelf for over 25 years according to the owner. It was still good!

Any credit for the finish is due to my Great grandmother, who painted the cabinet for me by brush, and did an excellent job considering the wood for it was from a broken crate lid.

One big difference from the school project was that the set has a fixed frequency longwave band, tuned to 198KHz, BBC R4, that addition caused a problem with the detector because it meant that the collector load choke inductance had to be made 10 times larger than that would Normally be used for the MW band to raise the gain to a useful level, and that had to be balanced with capacitive reaction to help keep the gain level across the Medium Wave. Otherwise some inelegant switching would have been needed to change the inductive loading. 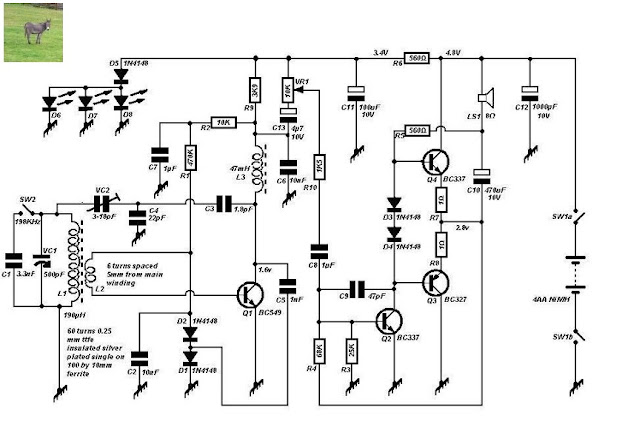 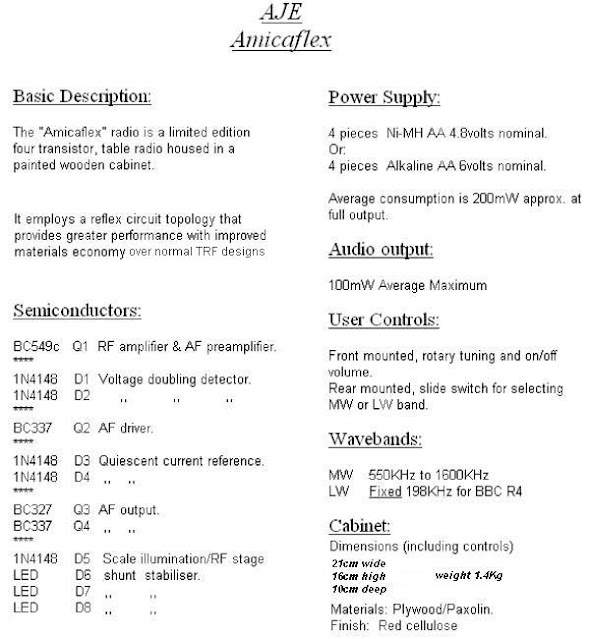 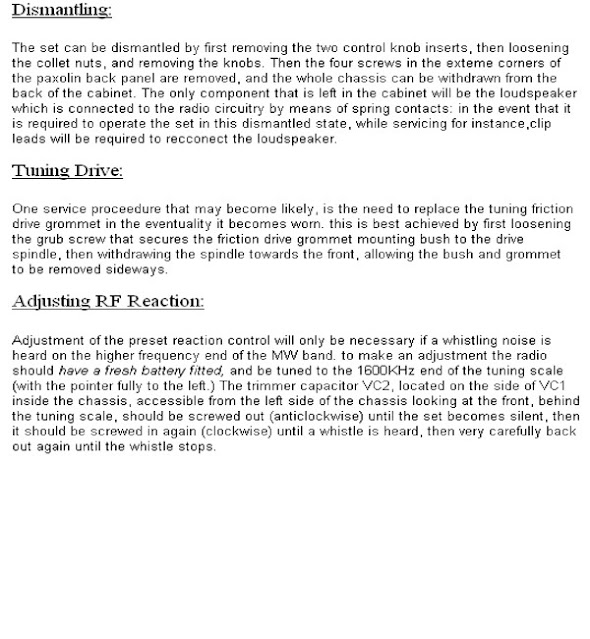 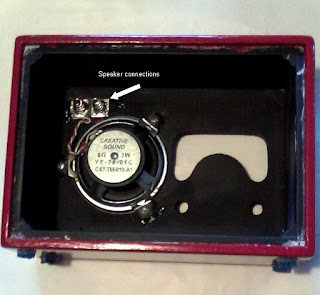 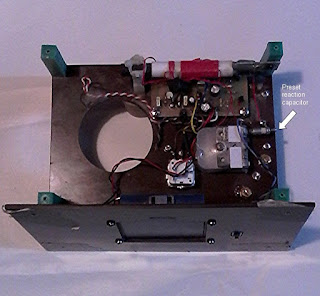 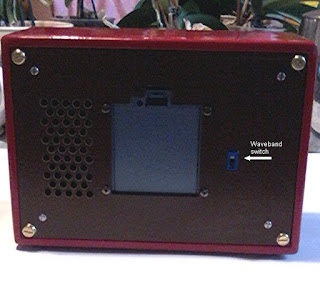 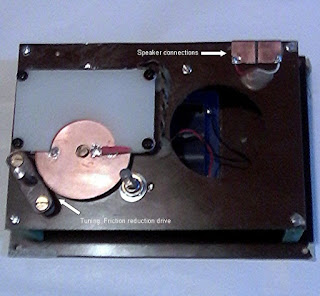 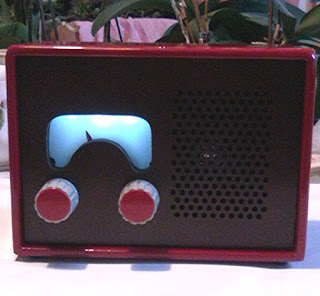