A circuit like this is what started this thread. The one I've been simulating uses two batteries. This makes it easier to see the bias. Anywho, There is aways that guy who starts tearing the circuit apart and declaring half the parts are unnecessary or that it just will not work. I can hear him know "you don't need C6.". Just a short series of sims.

This is the input and output currents. Look closely and you can see a little jitter. (Also note the missing capacitor.) 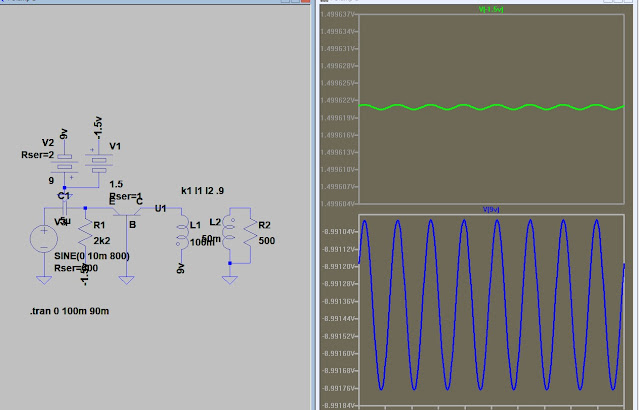 This shot is showing  the battery voltage. The batteries have internal resistance which causes the terminal voltage to vary as current swings. 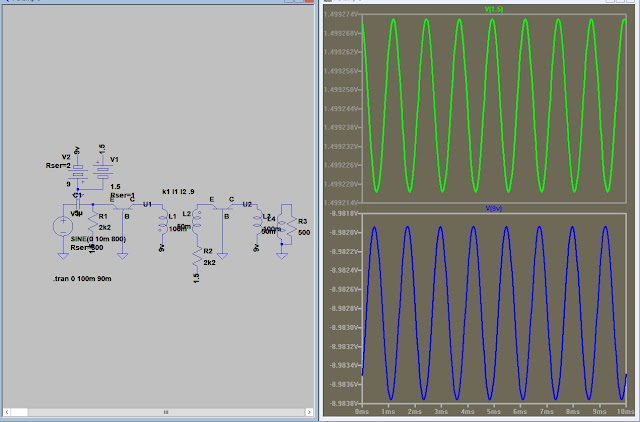 The single stage amp had smooth signals. The two stage has the jitter. The battery swing from one stage effects the other. 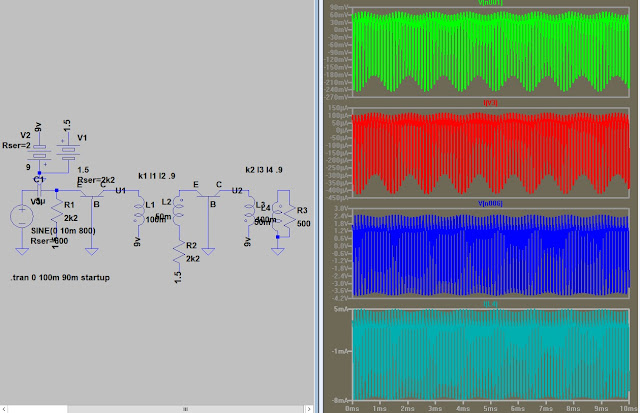 As the battery gets used it becomes weaker because its internal resistance increases. In this sim I raised the internal resistance to shoe the effect. I varied the voltage on my test circuit and fould it would break into oscillation as I reduced the supply.

So the capacitor is needed to hold the supply steady and prevent oscillations. In the old circuits they would sometime use variable resistor in the emitter circuit. This would allow the circuit bias to be adjusted as the battery aged and give longer service life.