It seems the transistor and the vacuum tube share a lot of characteristics. The vacuum tube current is limited by the amount of electrons the filament or cathode can emit. Applying more plate voltage can not cause the heater or cathode to be able to emit more electrons. At very low plate voltage the space charge building around the cathode can make it harder for the emission to occur. Once the plate voltage is high enough to draw them away the current limit will be the cathode ability. It is much the same with the transistor. The emitter injects carriers into the base. (the carriers could be electrons or holes for this discussion we will assume electrons.) The collector draws the carriers from the base. The crystal structure will only support a finite number of carriers. If the collector fails to remove them the base will become saturated or loaded with them. In transitor datasheets we find the ß listed or hfe. This is the relative ability of the collector to draw the carriers away in relation to the number drawn to the base. Let's look at some pictures and see if they make this clearer. 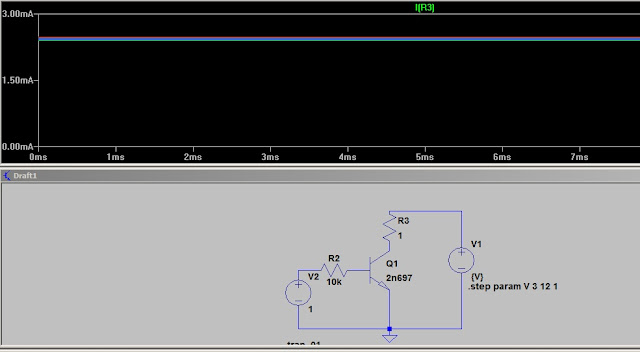 I applied 1 volt to the base through a 10K resistor.  This sets the base current used in the test. I am stepping the collector from 3 to 12 volts in 1 volt steps. As you can see the collector current is very close to steady state.( we'll look at the reason for the small change later.) 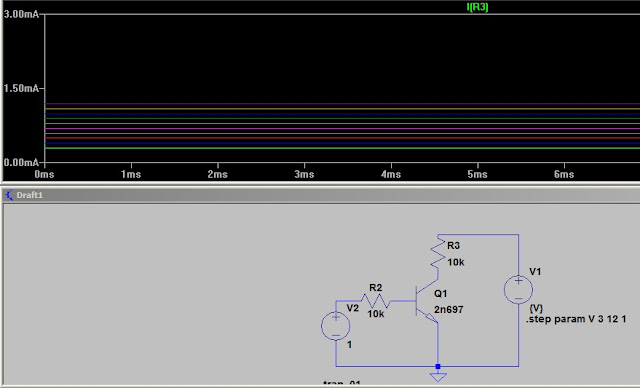 I expanded the scale to show the variation.The collector resistor is increased to 10K. The current is varying. Why? 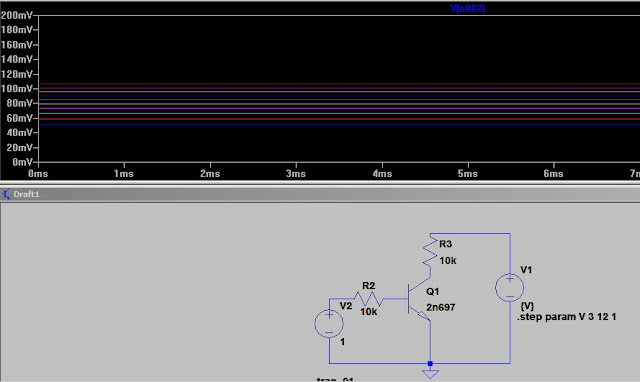 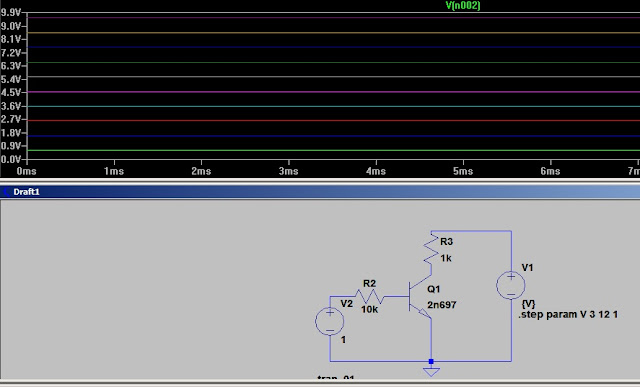 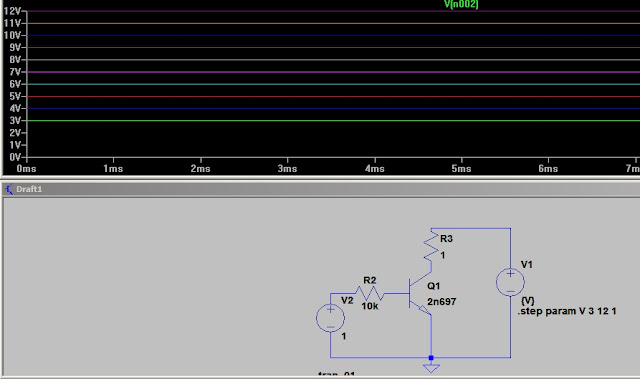 With a 1 ohm resistor we see basically the same step with supply change. As I said before the collector potential draws away carriers until the out flow equals the emitter injection and then the circuit is at equilibrium. Vce is equal Vcc - Vr3. 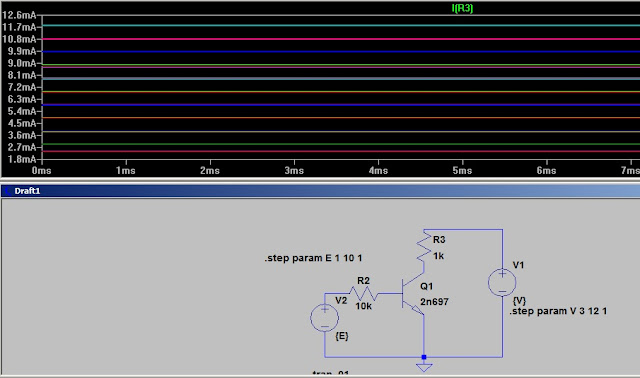 This is what happens when we change the current through the base. Stepping E from 1 to 10 in 1 volt steps. Look closely and you can see the family of lines. E steps to a point and V1 steps through its values and E steps to the next point. Ic varies slightly as V1 swing threw its range. 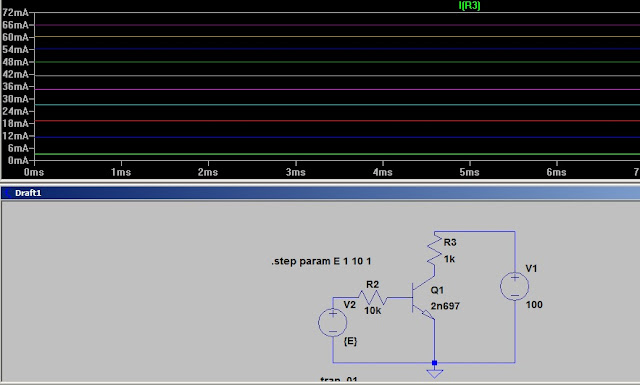 Here we have Vcc = 100 volts as we swing the base bias. The higher Vcc will allow higher currents but the transistor can still be cutoff or biased on.

Here we see the relation between the base voltage and the collector current with Vcc = 100 volts.

Cutting the Vcc in half doesn't have that much effect on Ic.

Cutting Vcc back to 12 volts still give 2.45ma. Notice the base emitter voltage is swing slightly. The transistor has a resistance which varies with applied potential. With higher voltage drawing the carriers away at a faster rate the opposition to more being injected is less and as higher currents flow the voltage drop increases. So the final change is determined by the material resistance and the injection opposition. Doping heavy increases the ability to inject and reduces the resistance but there is more to it than that. 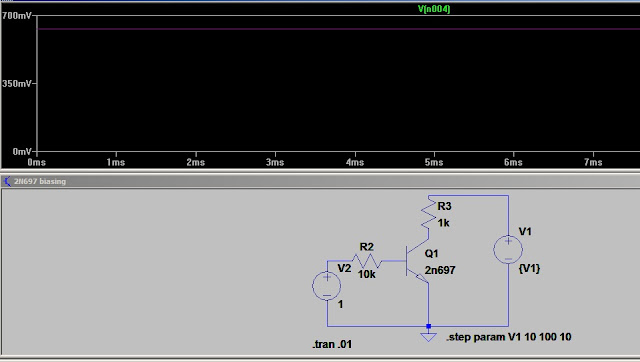 The problem with computer volt meters can be resolution. While we benefit from the wiggly lines we can also see more than a simple volt meter will display. Here I set the range to show the base voltage swing with a Vcc from 10 to 100 volts.
The change is still there but as I said before it is steady for practical purposes. Rbe in series with the 10K resistor form a voltage divider that drops the Vbe. Generally the 10K is large enough that changes in Rbe can be ignored. That effect is showing up in my sims. I guess that would be the topic another day.

in summary.
TRANSfer of reSISTance or transistor as we say.
Low resistance emitter to high resistance collector circuit.
inject carrier into the emitter and let the collector resistance fall. We could use Fermi level, barriers etc. but the sims tell the story quite well???