This has some high math in it but I found the pictures interesting;).
Designing MOSFET amps

I made a model for the 2SK669 and tried it out. First the simulation  then the actual circuit build. 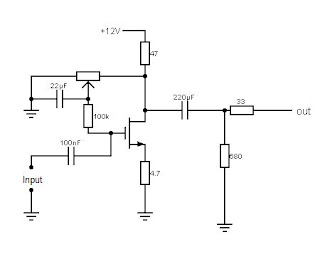 This is probably the most common circuit you will see. It is high current, high power and probably not to sensitive.I will be using ear buds or phones and don't need a lot of power and will be driving it with a DBM which is a small signal.  A non scientific simple test I ran was to pick up a cell phone and go to setup - about the phone. It displayed a signal strength meter. At the time I had 2 of 4 bars and the reading said I had a 2 uV signal. If we have a 7 db conversion lose with 2 uV in we will be dealing with 1uV AF input. Hopefully we will be receiving stronger signal but it was just something to consider. 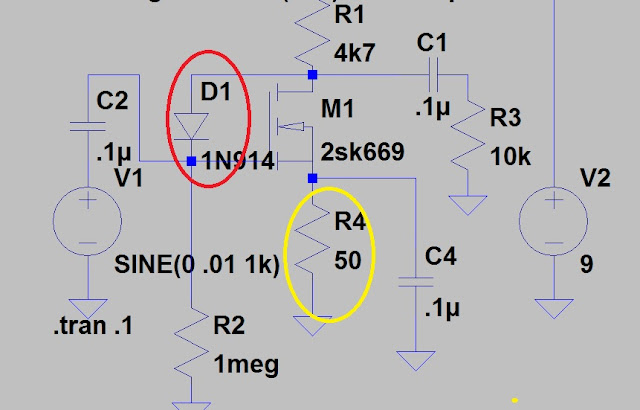 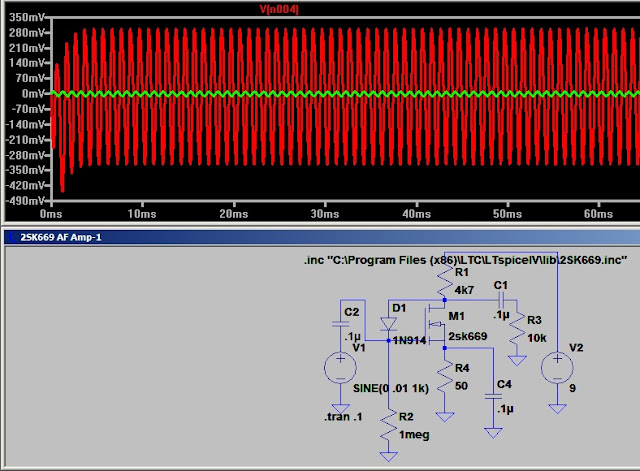 This is what the sim says. 10mv in and 300mv out. A gain of 30 and no distortion would be a good place to start. I need to test the spice model against a circuit. 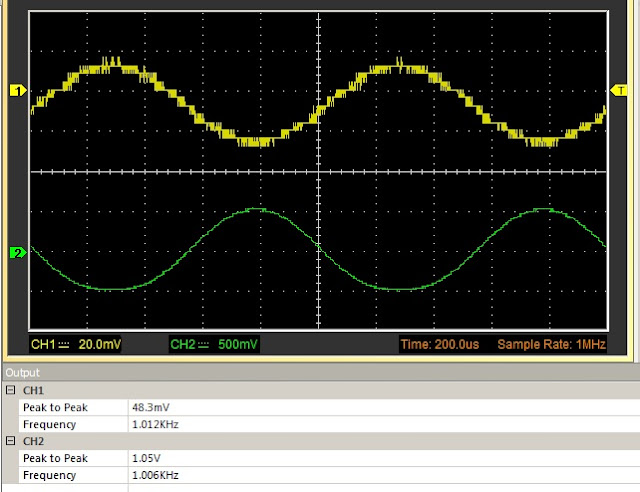 I did a quick and dirty breadboard build and this was the results. I did not search out the parts I just used what was in the box. The test indicated the design will work but I need to seek the proper parts and do it again. I used the 2SK669 but the resistor and diode were not as spec'ed. I did change the MOSFET in the sim using models provided with the program and found reasonably good results.

NOTE: My digital scope lowest scale is 20mV so I couldn't drive with 10mV  but it does show the amp to function.
NOTE: I reran the test an the results match the sim.

The .ASC file for the amp