A little more about the center joint.

I didn't get much shop time today.
I did determine the next step on the build and decided it was a go so ordered some wire. Where I left off yesterday. 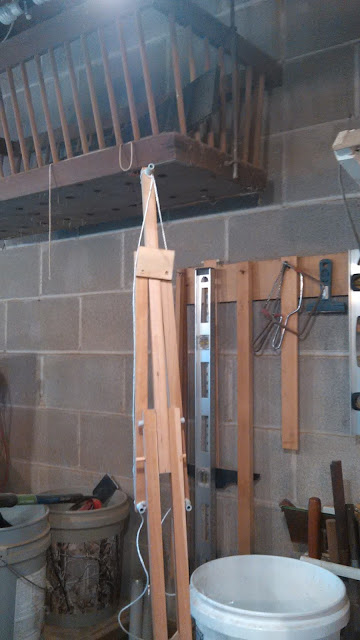 I used a scrap of popular I had cut 1/4" thick to make the plates at the center. You can see in the picture it warbled a little as I closed the loop. I added a couple more dowels close to the center pole at the top of the squares. This hold the squares in line, preventing the warble. Let's take a closer look at the center beam and beam ends. 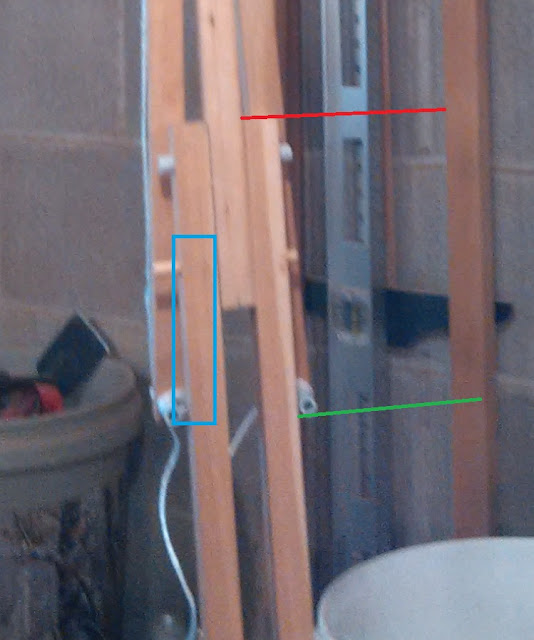 You can see as I pushed the center up the tips folded down. The horizontal was at the point I drew the red line. The red to green is the amount of overlap I would expect if the bottom beam was the same length. The wires will have to fold back on themselves. The distance of the fold back is represented by the blue box. This is why the bottom beams are shorter than the cross beam.

The wire I ordered is a flat ribbon like lamp cord. It is four conductor 22 gauge. I made the plastic tubing long enough to put 2 wraps on either side of the beam. This would give 16 turns. When I tie the ends together it will give five taps. The taps being at 0 Turn 4 Turns 8 Turns 12 Turns and 16 Turns. 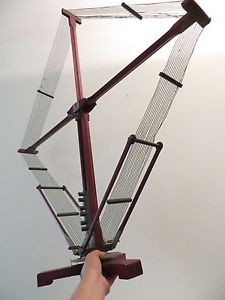 The one I'm using for a pattern has 6 terminals so I'm thinking 5 will be good. The bottom beams will be mounted with hinges and the wire ribbon will be attached to the plastic tubing. It could be laced or attached with Duco Cement, Yet to be determine.