I have to many projects on the bench and need to try a complete unit. I have the RF amp, detector and AF amp looking good so what I need is a tuner. I'm using the 1920's crystal set as my basic circuit. What I'm looking at is like this. 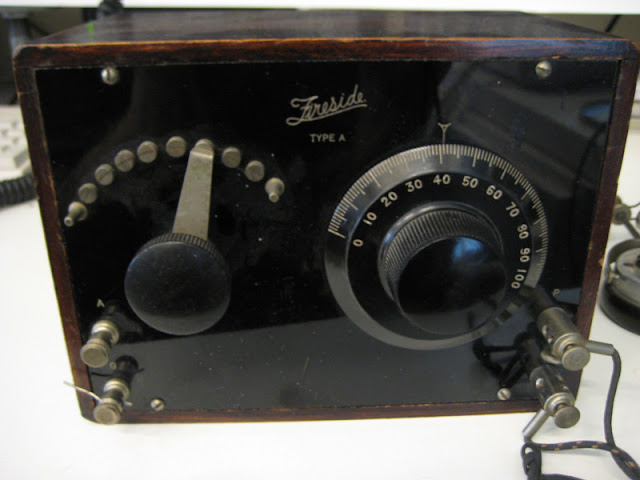 The selector picks the tap on a coil and the dial adjust the tuning capacitor. Simple enough by probably more ways to do it than there are people reading this blog ;). The thing to look at today is the switch. a simple stud switch with stops to prevent the user turning it to far in either direction. 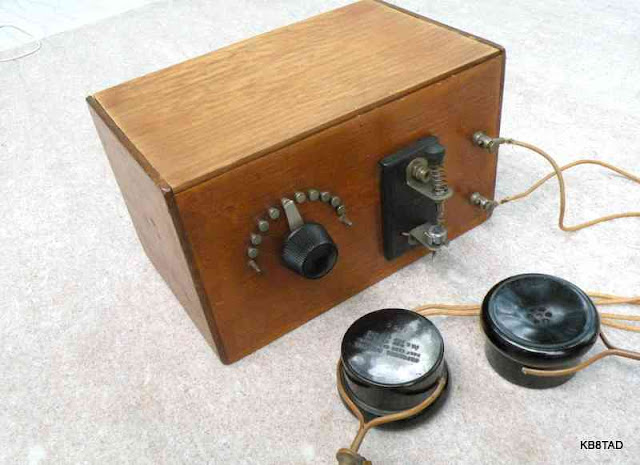 Here is another with screw stops. 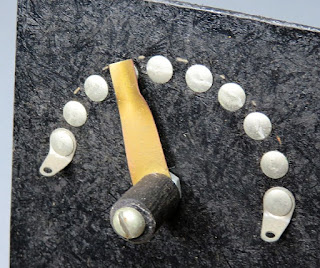 Elmer's work around was to put terminals on the end tap front side. 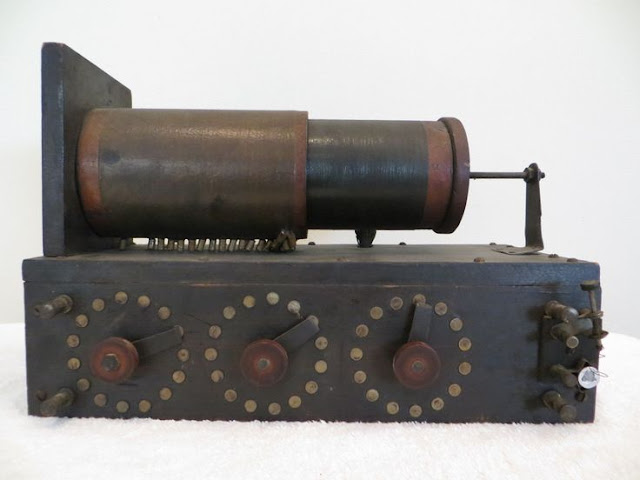 This guy simply lets the switch rotate without any stops. This could be adjusted to more or fewer taps so something to keep in mind. What about the studs? The studs are post were more like like rivets but could have been screws. 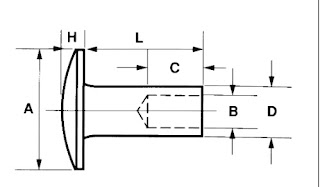 The semi tubular rivet was used when the wires were soldered to the back.  Not readily available today? Pricey. 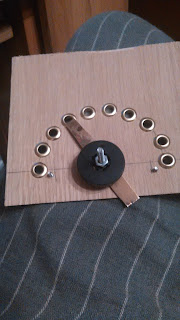 You could use eyelets. The ones used on shoes might be a good size. The only problem here is the hole in the middle. It could be filled with solder, maybe? 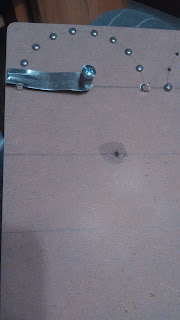 I used screws on this one and it works fairly well. I'm still working on the armature (slider). I've tried a couple of different types and have not settled on one yet.

I like this one better than the one above. It is smoother and less click as it is moved. 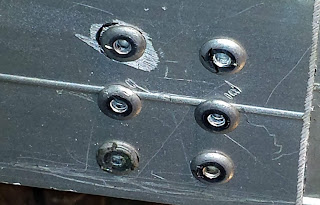 Pop rivets will work too. The hole in the center and a method of attaching the wires is the draw back with them. 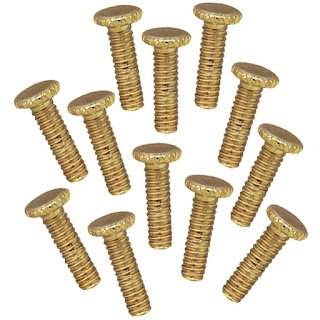 The founder of The Radio Board (Mr Dave) used these with good results. Fixture screws hold the globe on ceiling fan light fixtures.

I plan to use fixture screws but for the proof of concept will use screws. I have the prototype assembled except the armature.It will need a knob. I have the glue drying on the knob and will finish it tomorrow. 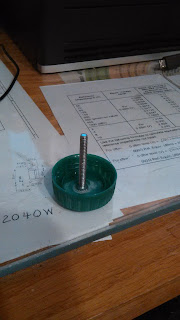 The knob to be. I put a drop of glue in the center of the lid. Tomorrow I'll fill the lid with some putty (or plaster of Paris) . After I thread the armature on the screw it will be screwed into the bread board. The bottle cap is plastic, non conductive and has grooves on it side so it will make a nice knob.
More tomorrow................