In my post on the Hi/Lo filters I posted one with the capacitor in series and one with the inductor in series. We could use the one to block DC and to other to pass DC. It would be a circuit design issue that would determine the filter to use. Looking at my last post you may see the filter in the Xtal output circuit? 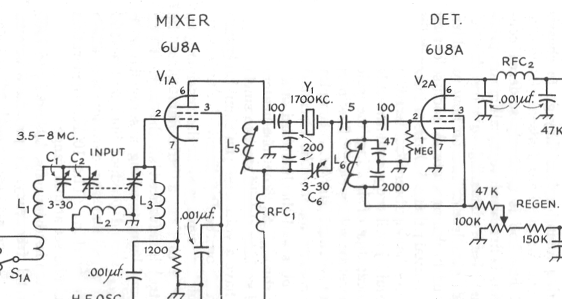 Look at L6 and the 47pfd and 2000pf cap. Can you see a PI filter? The way it is drawn you may see a tank with center tapped capacitors as in a colpitts oscillator too? This is not the case. 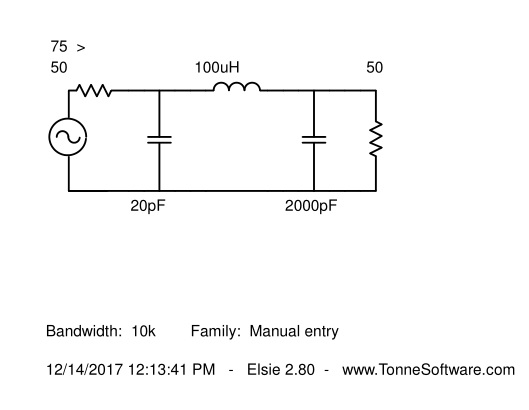 This is what I wanted you to see. I used 20p and 2000p. I wasn't looking at the schematic just building a circuit to look at. Now what is the response of this filter? 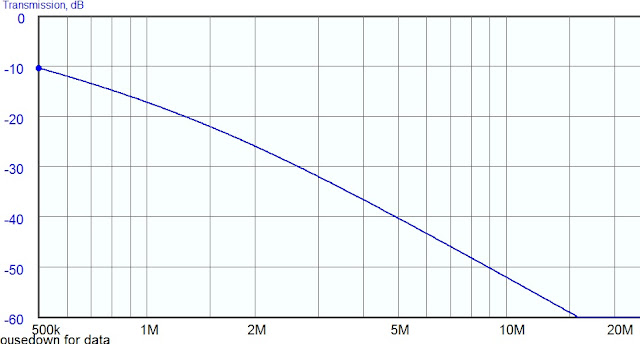 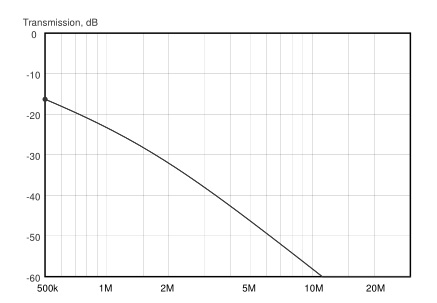 I should do some more with 47pfd as Tom's circuit did. You can see if the filter is a low pass circuit it would work as we had planned our. It could pass 80 meter and block 40 meter for example. In this circuit it is modulating the screen grid voltage. We could use a DGMOSFET and feed G2 with the filter output and have the same effect.
If a fellow had Elsie (LC) installed on his machine it might be an interesting exercise to run the numbers on the circuit feeding the Xtal filter. It just may be a bypass filter on the Xtal filter input?

Hey that was our plan a high pass on the input shunting it to ground and a low pass feeding the Xtal!!! They stole our idea 65 years ago!!!

Seriously if you look at the circuit as having a PI filter feeding the Xtal and a PI filter exiting the filter I think you will be on the right track.